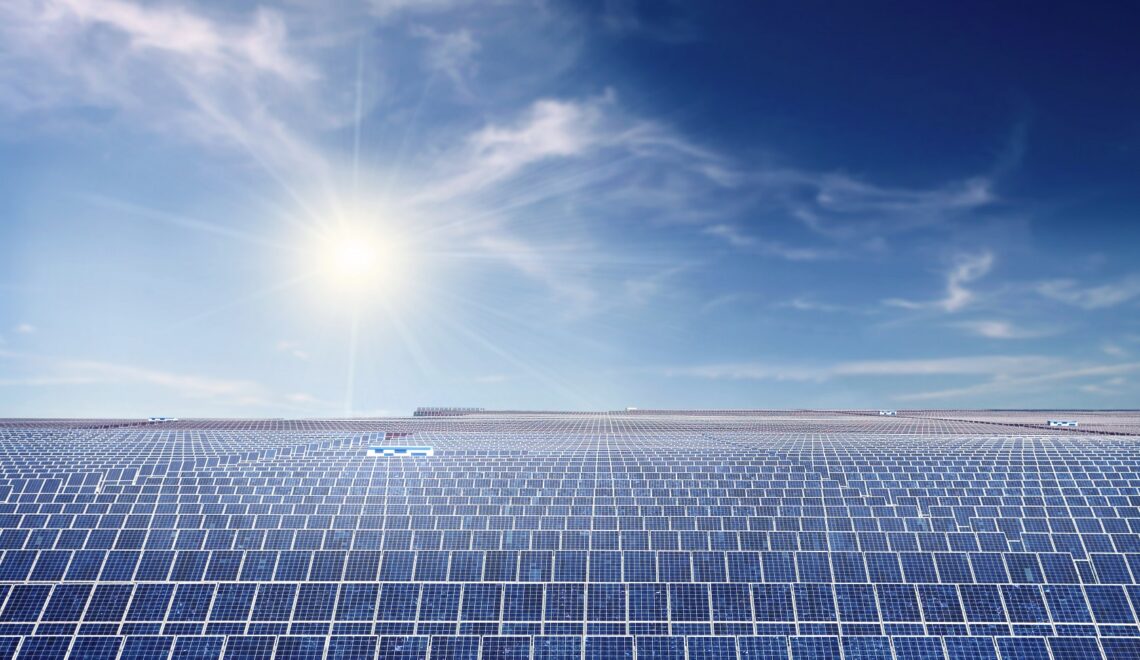 Renewables have witnessed an unprecedented adoption over the past decade and have consistently achieved all expectations, with new targets being set every year with many countries committing to adopt clean energy and welcoming their energy transitions. The main driver behind this success is the willingness of the Federal Government, big financial institutions and corporates. With effective and aggressive policies for adoption and implementation of policies, precise planning and ambitious targets, the journey has remained successful so far. However, to abide by the commitment given in the Paris Agreement, a lot of work is still to be done and continuous development in policies are required to enable transition and adoption of renewables at a faster rate.

It has been learnt that decentralised renewable energy solutions or we may say Distributed Energy solutions are playing a vital role in achieving the target of Sustainable Development Goal (SDG) 7 on energy I.e. energy access by 2030. These distributed energy systems have not only given fast execution in providing the access of electricity but have also contributed to other Sustainable Development Goals related to livelihoods, education, health, water, employment and gender equality. The broader scope of SDG remains:

Although we have been quite successful in achieving our vision, a sustainable energy transition needs to sort parallel issues and challenges regarding socio-economic development, along with sustainable development objectives, including promoting energy access, reducing air pollution and preventing climate change.

While drafting or modifying policies, the Federal Government must take into cognisance both on- and off-grid solutions to achieve energy access in a timely manner. It has been learnt that many developing nations have been relying on off grid solution with mini/micro grid arrangement to meet SDG targets. It has an array of benefits with the most important one being less capital expenditure in infrastructure. A huge investment is required in distribution network like pole, transformer, LT line, HT lines etc.  However, with off grid solutions, more viable options/models are being implemented. Government efforts to scale up the use of off grid solutions can be witnessed with the fact that they have been offering incentives or subsidies to make it more economical.

In the past, considerable work has been done for adoption of these technologies. However, it still requires customized policies to ensure fast adoption of decentralised renewables and hence, support in achieving energy access.

These technologies in the form of mini-grids require specific attention for wide adoption by policies like regulatory measures I.e.  license to generate, license to sell electricity, tariff-setting and access to grid, financial incentives such as subsidies, grants and tax benefits etc. It is indeed a challenge as the electricity sector has been under tight grip norms, policies and regulated framework. Thus, being liberal in all these areas poses great challenges. Apart from this, quality assurance frameworks also have a significant role to play in terms of measures to facilitate access to finance, capacity building and linking energy services to livelihoods.

For example, linking it to heating sector wherein for traditional cooking purpose, a lot of non-conventional resources are being used like wood, gas etc. Access to energy shall prioritise and link to clean cooking which can be possible through cheaper and sustainable sources of energy being harnessed through renewables.

Quality and standards, awareness raising and capacity building are key components for the delivery of clean-cooking solutions and should be integrated into energy access plans. Despite the significant progress made over the past decade and the growth in policy support, renewables have yet to reach their full potential and key barriers still inhibit further development. These relate to technology, awareness and capacity, cost, finance, infrastructure and public acceptance, in addition to policy, regulatory, institutional and administrative barriers. Unless renewable energy and energy efficiency are scaled up more rapidly, international climate objectives will not be met, and even the 2 degree Celsius limit for global warming, as set out in the 2015 Paris Agreement, will not be achievable.

Conventional power grid expansion seems no longer a long-term solution; the same is evident from the health of ailing distribution network. Due to poor DISCOM financial condition, it has become difficult to invest in modernization or setting up of new infrastructure. This has led to evolution of new business models and technologies to foster the development of off-grid renewable energy markets. However, off-grid solutions are still at a very nascent stage and have very low presence in electrification. However, it is worth noting that, renewables also facilitate increased energy security by decreasing dependency on fossil fuels which are majorly being imported and thus, hedging us against unpredictable global energy markets.

The Government of India has taken various ambitious targets of 100 smart cities, LPG connections to all houses, universal electricity access and 175 GW of renewable electricity capacity. With the aim of sustainable development, Government of India has been putting relentless advanced efforts for wide adoption of renewables. As renewable energy technologies, such as solar PV, have become more affordable, decentralised and small-scale applications (e.g. rooftop solar) are being scaled up, there is still significant need for development and expansion of less widespread technologies, such as bioenergy for power or cogeneration.

In the recent past, there have been various central and sectors’ schemes for supporting the expansion of distribution grid infrastructure across India to provide electricity access in villages.

The Government has been highly active in providing grants to DISCOMs to ensure the viability of projects. The co-ordinated cross-government schemes focus on strengthening distribution networks and increasing village and household connections by co-funding network upgrades and extensions by the DISCOMs.

The Government of India has already announced that every village/majra (hamlet) has been electrified and every willing consumer has been given connections. This major success has also come due to the off grid solar connection provided by the Government in areas wherein laying of conventional Grid has not been possible.

On similar grounds, the Government has been specifically focusing on promoting renewables not only to make it sustainable for rural populations but also to make farmers self- reliant. The same has been evident from the scheme namely Kusum wherein majority of capex is available through subsidy for replacement of pumping stations and installation of new solar pumps.

The long-term policies’ formalization is one of the aspects but a situation like the current pandemic has taught us to be more fragile in adopting and modifying the current policies. For instance, initiative of “Aatmanirbhar Bharat” has become a necessity of overall long-term strategy. In the past few months, we have witnessed that there shall be considerable delay in achievement of targets due to huge dependency of imported material. Furthermore, this pandemic has hugely disrupted the supply chain and its economics as well. The recent standoff at the borders also gives strong signals to be ‘Aatmanirbhar’. This pandemic and the border situation are a wakeup call for the domestic renewable industry which is heavily reliant on imports. The sector has been severely impacted due to the shortage of not just cells and modules, but also other ancillary products like inverters for which the industry is dependent on our neighbouring country.

Energy policy is one of the major growth contributors for other sectors as well. It is also a matter of importance wherein a close coordination among the states and central government is required, as states and centre have their own mandate. The role of the Government of India has been very instrumental in overall development of the sector, abiding by the compliance, enforcement of policies and helping distribution companies for smooth implementation of schemes. Thus, not only careful drafting of policy is required whilst keeping all aforementioned aspects in focus, but it is also equally important to nurture agility in implementation of these polices. 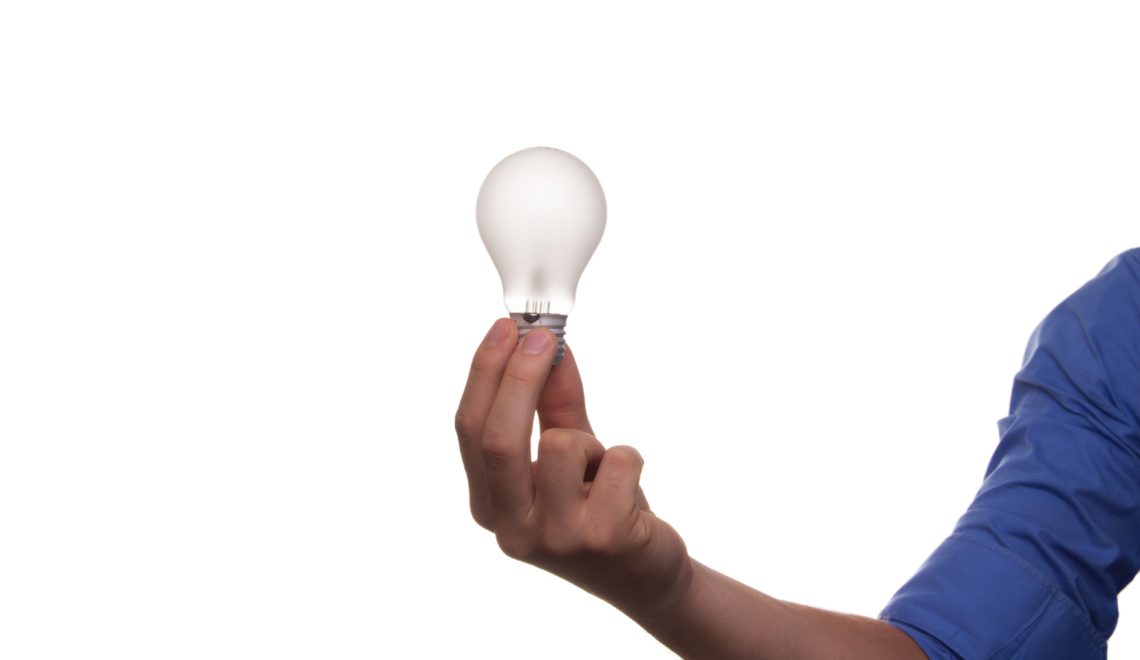 Renewables
Conservation & Efficient Use of Energy for Sustainability