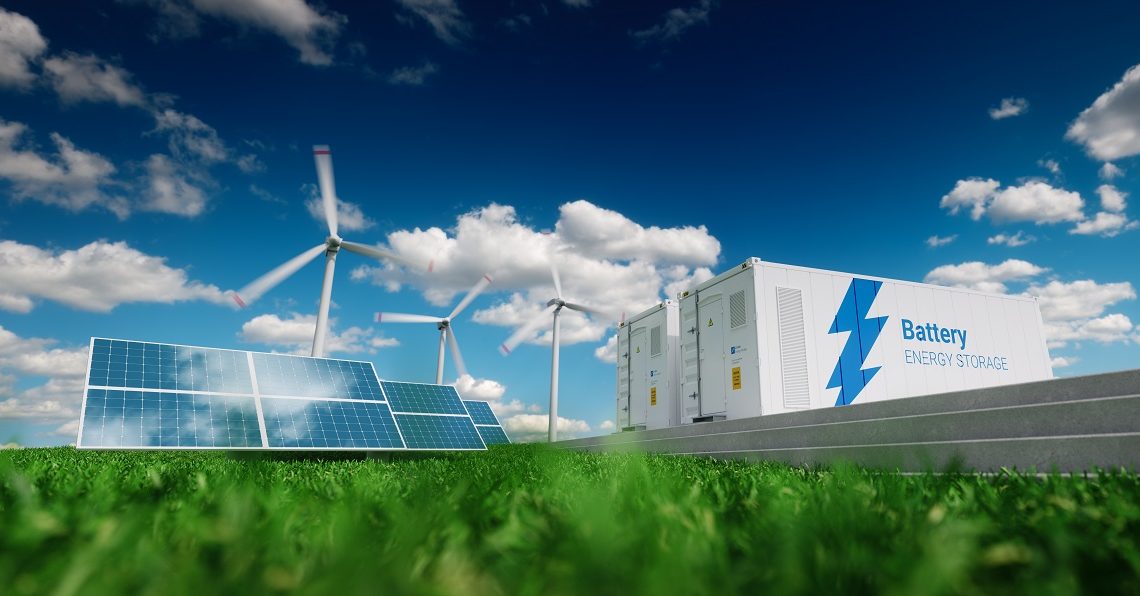 Electrical power generation is changing dramatically across the world with greater emphasis on electricity generation through renewable sources like solar and wind thereby progressively lessening usage of fossil fuels.

However, most renewable energy sources are intermittent in nature, which presents a considerable challenge in load balance maintenance, grid stability and reliability. One of the main limitations of solar power is that there is no control over when and in what quantity the system will be producing energy. Production can be predicted to a degree from the analysis of weather patterns at the project location, but it is impossible for solar plants to provide energy on demand for the simple reason that the weather can’t be controlled and power generation will happen only during daytime. In theory, this situation can be solved easily. To get a constant power output from a solar power plant, it is only necessary to store the surplus energy for when it is needed. In practice, however, the solution is not so simple because large-scale energy storage is currently very expensive. The power grid faces great challenges in transmission and distribution to meet demand with unpredictable daily and seasonal variations.

Substantial efforts have been made in searching for viable solutions for integration of renewable power sources to the grid. EES has been recognized as one of the most promising approaches in this regard.

Electrical Energy Storage (EES) is the process of storing electrical energy from a power source into a form that can be stored and converted back to electrical energy when needed. Such a process enables electricity to be produced at times of either low demand, low generation cost or from intermittent energy sources and to be used at times of high demand, high generation cost or when no other generation means is available. EES has numerous applications including portable devices, transport vehicles, solar power plants and other energy resources.

Enumerated below are a few emerging technologies that could become viable energy storage solutions for solar and wind power plants in the near future.

Currently, Lead-acid batteries dominate the market, due to its lower cost than other forms of batteries and safe operations. However, frequent charging and discharging negatively impacts the service life of the batteries, as is the high energy loss during each charge/discharge cycle which is not ideal. In addition, these batteries perform poorly at low temperatures so a thermal management system is normally required, which increases the cost.

Another battery technology gaining prominence is the Lithium-Ion battery. With its fast response time, compact dimensions and high energy & power density, it presents an ideal solution for smart battery grid applications. However, the main drawback is the problem of Depth-of-Discharge (DoD) which can adversely affect the life cycle of the battery. Usually, an on-board monitoring system is required for its operation, which increases its overall cost.

If further development in battery technology could overcome these limitations at an affordable price, it will lead to a healthy ecosystem for solar and wind power.

Hydrogen Fuel Cells principally uses the electric output from a renewable energy system for a process called electrolysis, in which water is separated into hydrogen and oxygen. The hydrogen is stored, and then it is used to power a fuel cell, which carries out the inverse process as electrolysis; where hydrogen and oxygen are combined into water, providing an electric power output and heating. The advantage of fuel cells over traditional batteries is that they can run indefinitely as long as a steady supply of hydrogen and oxygen is maintained. The reaction also produces heat as a by-product, which can be used for various useful applications.

Another technology coming to prominence is Heat-Based Energy Storage. This energy storage technology is commonly used in thermal solar power plants, where energy is used to raise the temperature of a substance with a high heat-holding capacity, such as molten salt. Then, the stored heat is used to vaporize water and drive a steam turbine and electric generator set. A great advantage of this technology is that the steam turbines and generators used are practically the same used in power plants fired by fossil fuels, therefore a more cost effective solution.

Large scale electrical energy storage solutions are still in their infancy. However, these technologies could revolutionize the renewable energy industry if they become mainstream and achieve low costs. Type of application, size of storage devices, specific energy and specific power, total energy capacity and power per unit of weight, etc., are some important factors while choosing a suitable EES option for deployment. Level of technological maturity, reliability and potential environmental impacts are important considerations.

Finally, investment cost and economic viability are the key factors behind deployment of these systems. Amount of investment and maintenance cost varies with the type of solution, the location of the facility, the size of the system, and many other factors. The widespread deployment of electrical energy storage systems will not only depend on advances in relevant technologies, but it also on further quantification and analysis of the benefits brought by EES solutions.