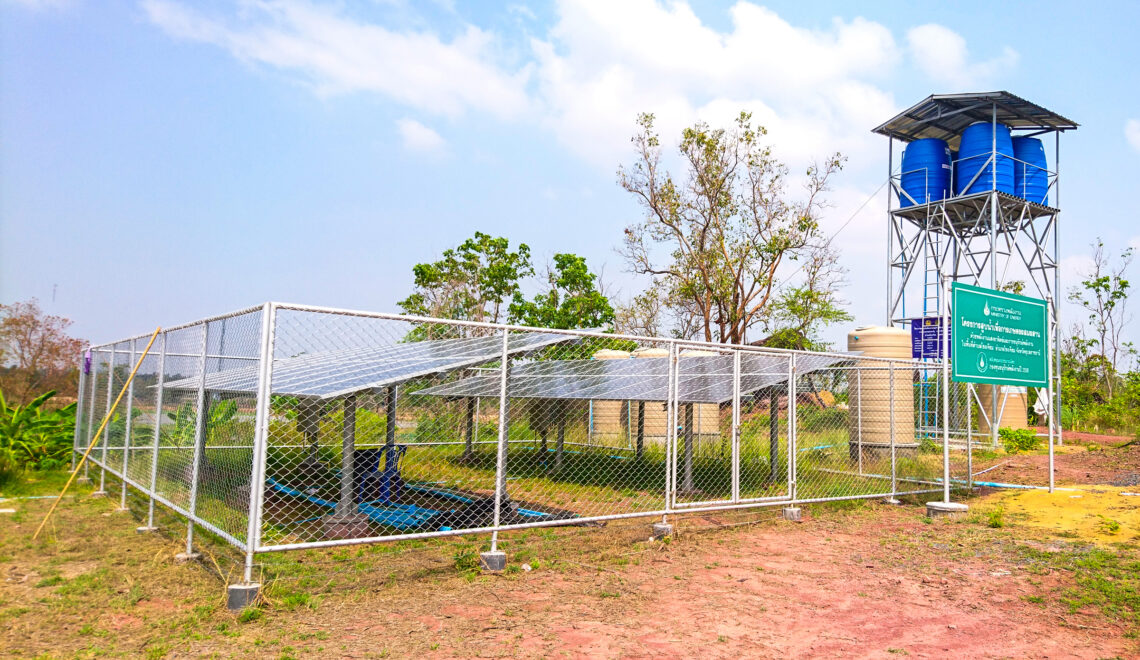 Rural electrification is crucial for the socio-economic development of non-urban regions of a country and an integral component of poverty alleviation and national growth. This holds especially true for developing and emerging countries, which often suffer from a massive disparity in the quality of life between rural areas and urban metropolises.

Former Secretary-General of the United Nations, Ban Ki-moon, has eloquently described energy as “The golden thread that connects economic growth, social equity and an environment that allows the world to thrive” (UN, 2012).

There has been a tremendous focus on rural electrification in India, which has led to rapid transformation in the country’s energy landscape. The Government of India’s rural electrification schemes Deen Dayal Upadhyaya Gram Jyoti Yojana (DDUGJY), Saubhagya Yojna etc., have brought electricity to millions of households. However, the situation is far from ideal, with many states struggling with poor quality of electricity service, generally plagued by outages, load shedding, voltage fluctuation, etc. Moreover, rural communities have not fully realized the potential of electricity due to this inherent uncertainty and unreliability of power supply. With solar PV technology becoming more accessible, both technically and economically, distributed renewable energy resources such as solar micro-grids offer a viable solution for reliable power supply in rural areas.

What is a solar micro-grid?

A typical solar micro-grid consists of an array of solar panels, the power from which is transmitted to a central unit, known as the Power Conditioning Unit (PCU). The solar PCU, which also includes an inverter, converts DC into usable AC. The PCU further transmits usable AC electricity for use in homes, shops, offices, street lights, etc. If the generated solar power is not used or surplus power is available, the PCU automatically charges the battery bank to store energy for use during non-sunlight hours.

How does solar micro-grid fit in the rural electrification scheme of things?

Providing electricity access to rural areas is a massive challenge in India, where rural electrification is carried out mainly by connecting a non-electrified village to the nearest electrified village, which has led to an inefficient, unmanageable distribution network. Simply extending the conventional electricity grid line might not always be a viable solution due to various factors such as:

Addressing the pressing need for reliable energy supply in remote areas, therefore, requires an innovative approach. Solar power is generated and supplied within the village, drastically reducing the need for distribution and transmission infrastructure. Decentralized energy solutions like solar micro-grids come into the picture as a means for providing reliable yet cost-effective power delivery systems when compared to expanding the conventional grid into remote areas.

Advantages of solar micro-grid as a solution for rural electrification

There are numerous advantages of micro-grid installations for rural electrification, including:

How solar micro-grid has changed lives – The Baripatha Village Story

Baripatha, a small tribal village near Bhubaneswar in Odisha, India, is the first village to be fully electrified using solar power in the state. With 61 households and a population of about 350 people, the village had never been electrified by grid power. Instead, the village is now powered by solar energy, using solar micro-grid technology, installed by Jakson Group, a leading solar EPC company in India.

Under this project, two solar home-lighting systems were installed in each household, which doubled as a charging facility for mobile phones and other devices. In addition, a central unit was also set up, powering street lights and an LED television & set-top box installed in their community centre. The same unit can also be used to operate an irrigation pump during the daytime.

Another unique feature of the project is the option to fold away the modules of the solar plant. Since Baripatha village lies in a cyclone-prone area, the solar modules could easily be folded up and stored in just two minutes, ensuring the safety of the solar system in case of severe weather conditions.

The entire solar project is a community-owned, low cost and low-maintenance initiative that has improved the quality of life of the whole rural village. After installation, there is hardly any maintenance cost, with the requirement of only regular cleaning of panels and ensuring that water levels of batteries are at an optimum level. Apart from the obvious benefits of electricity, the solar plant has also engaged many youths in the village.

Due to its overwhelming social and environmental impact, the Baripatha Solar project has also been recognized as an ‘Outstanding Solar Project’ by the prestigious InterSolar Awards, Germany, in 2016.

Solar PV technology is widely accepted as a reliable and robust source of electricity generation and, therefore, makes a strong case for its adoption for rural electrification projects. Micro-grids can be especially useful in sparsely populated remote areas where grid electricity connections often prove to be unviable. However, energy storage technologies and its economic feasibility hold the key to the success of a solar micro-grid model. A robust storage infrastructure will increase the efficiency of the solar plant, thereby reducing the need for a power backup source.

While there are still many other challenges related to policies, financing etc., the solar micro-grid model still proves to be a replicable and scalable solution that helps reduce pollution and reliance on fossil fuels.