Water Conservation – Imperative for India and the world 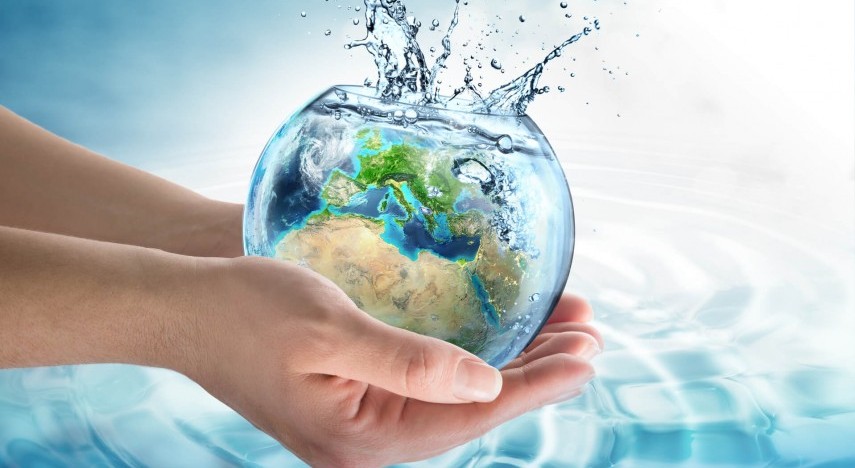 Water is one of the most essential natural resources for life on Earth. About 97% of the earth is surrounded by water with only 3% of this being fresh water, which can be used for consumption, agriculture and other usages. Water scarcity situation occurs when high rate of aggregate demand from all water-using sectors exceeds available supply, under the prevailing infrastructural conditions. From Cape Town to sub-Saharan Africa to Asia’s teeming megacities, there’s a global water crisis affecting millions of people. Water scarcity affects every continent and was listed in 2019 by the World Economic Forum as one of the largest global risks in terms of potential impact over the next decade.

As per UN estimates, globally, 844 million people lack access to clean water, rendering families and communities, locked in poverty for generations. Among this, women and children are worst affected — children because they are more vulnerable to diseases of dirty water and women and girls because they often bear the burden of carrying water for their families for an estimated 200 million hours each day. Recognizing the importance of addressing the global water crisis, The United Nations observes March 22, as the World Water Day every year.

India, the second most populous country in the world, has a diverse population that is three times the size of the United States but lives in one-third the physical area. The usage of water across various sectors in India is on the rise, driven by a combination of population growth, socio-economic development and changing consumption patterns.

Geographically also, there is considerable variation within the country with respect to water availability. About 71 per cent of India’s water resources are available to only 36 per cent of the area while the remaining 64 per cent has to make do with 29 per cent of available water (India’s Water Future 2050; Verma & Phansalkar report). Irrigation perhaps the most important input in the agriculture production compared to all other key inputs like seed, fertiliser, etc. In fact, these inputs cease to realise their full benefit unless combined with irrigation. As with all countries with large agricultural output, excess water consumption for food production depletes the overall water table.

India has made massive improvements to both the availability and quality of municipal drinking water systems, however, due to increase in population and rapid growth in India’s urban areas, water scarcity is a looming problem in most major cities across the country. India’s water demand is expected to continue increasing at a similar rate until 2050, accounting for an increase of 20 to 30% above the current level of water use. This can be attributed mainly due to rising demand in the industrial and domestic sectors. Moreover, as the overall population is expected to reach 1.6 billion during the same time period, water scarcity situation, similarly, will further worsen in times to come. Therefore, sustainable management is essential to protect the water environment and to meet the increasing water demand in the future.

Many areas of India are fortunate to have a relatively wet climate, even in the most arid regions. In these areas, rainwater harvesting could be one solution for water collection. In India, rainwater harvesting has been in practice for more than 4000 years. It is basically a simple process of accumulating and storing of rainwater for drinking, irrigation, and water for livestock.

Rainwater harvesting and management hold tremendous potential for reducing rainwater runoff and reducing groundwater consumption, particularly in urban areas. These systems are acting as incredible support systems in many Indian cities by providing a superb alternative to the main water supply, especially during dry seasons. Widespread installation of these systems is also revitalizing the natural properties of land, helping to improve the quality of groundwater, raising its level, and preventing wells and tube wells from drying up. Additionally, efficient deployment of rainwater harvesting systems is limiting surface runoff of water, which is reducing soil erosion, and increasing its fertility.

More or less all states in India, have made rainwater harvesting mandatory in government institutions, commercial complexes, and residential high-rises. Some of these laws have already come into effect, and others are soon to follow. The Central Ministry for Drinking Water and Sanitation, in association with the Central Ground Water Board has prepared a conceptual document called the ‘Master Plan for Artificial Recharge to Ground Water in India’. The master plan envisages the construction of about 23 lakh rainwater harvesting structures in rural areas, and close to 88 lakh artificial recharge and rainwater harvesting installations in urban centres.

Conservation of water in the agricultural sector is essential since water is necessary for the growth of plants and crops. Only a part of the rainfall or irrigation water is taken up by plants, the rest percolates into the deep groundwater, or is lost by evaporation from the surface. In India’s arid and semi-arid areas, the ‘Tank System’ is traditionally the backbone of agricultural production. ‘Tank System’ refers to large tanks are constructed either by bunding or by excavating the ground to collect rainwater, check water flow and accumulate the run-off. Simple techniques like these can be used to reduce demand of ground water for irrigation. Therefore, by improving the efficiency of water use, and by reducing its loss due to evaporation, agricultural water demand can be reduced.

Israel has become a perfect example for the world in water conservation. It treats about 94% of its wastewater and recycles around 90% water back into the system. Israel is also a leader in converting seawater into fresh water through desalination process. Almost 50% of Israel’s water is man-made, created out of seawater.

Geography of the country is not naturally conducive to agriculture. More than half of the land area is desert, and the climate and lack of water resources make it unfavourable for farming, with only 20% of the land area being naturally cultivable. For decades, Israel has been investing in R&D of efficient irrigation technologies like drip irrigation systems. It is a type of micro-irrigation system that has the potential to save water and nutrients by allowing water to drip slowly to the roots of plants. In a country which is constantly being challenged by water scarcity, usage of micro-irrigation technologies have not only transformed Israel into a self-sufficient economy in agriculture produce, but also a major exporter of fresh produce and a world-leader in agricultural technologies.

Water plays a role in all sectors of the economy and is essential in achieving sustainable development. Pressure on naturally occurring water resources will continue to increase as demand for water grows and the effects of climate change intensify. Water scarcity is expected to become a leading cause of national political conflict in the future in India and across the world. Adoption of new technologies like setting up of desalination facilities, usage of micro-irrigation technologies and re-investing in tried and tested methods such as rain water harvesting will help in building a robust infrastructure for assuring a water-secure future. However, technology alone will not suffice. In a world that is reeling under extreme water crisis, cities and communities will have to become more aware and change their attitudes and habits towards usage of water.