The Future of Diesel Gensets in a World of Renewables

The Future of Diesel Gensets in a World of Renewables 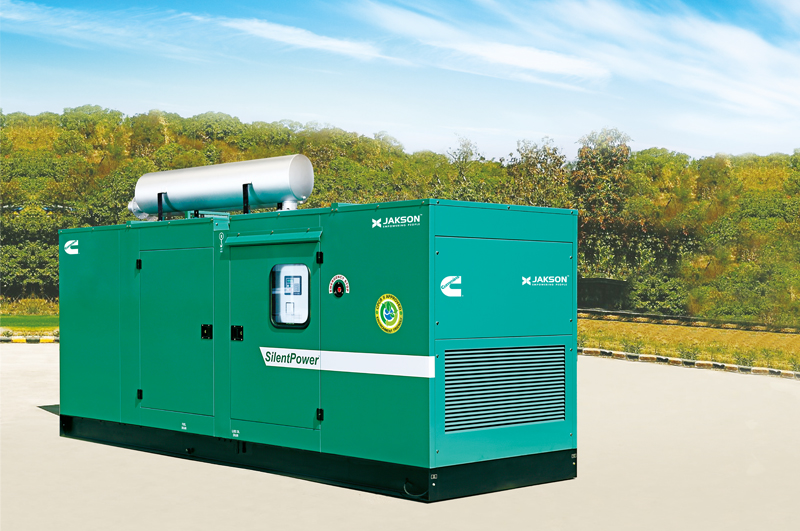 With the rise in industrial revolution there was a rise in the requirement of power to run the various industries, including industrial plants, manufacturing, construction, agriculture, mining etc., to name a few. Since grid power has not been able to meet growing demands, especially in the developing world, a need for DG generated power is essential. Even those in the developed world are not free, from the need of power demands, as they constantly seek to ramp up there generation capacities. Just about two decades ago, fuel prices were so low that DG was widely used as a substitute for the grid and for several years it remained the saviour of industries and aided production capacities of companies worldwide. Even today there are sectors like, Construction, Roadways, Hospitals and Data Centres, to name a few, whose smooth operations are dependent on DG systems, whether acting as a substitute for grid or as a trusted emergency backup The adoption of DG sets across the globe, as an alternative to grid generated power, lay in its quick response, reliability and simplicity of operations. It over shadowed all other means of power such as, renewables & micro turbines with lower capital and operational costs and minimal maintenance requirements.

However, the world today, demands for energy efficiency and calls for drastic changes and regulations on all forms of climate altering agents. As such, the humble Diesel Generators have come under the fire and direct threat of environmental protection groups and strict government regulations. Though the unfavourable effects caused by emission from DG’s can’t be refuted, their role in aiding the manufacturing, mining, telecom, medical and other sectors can’t be undermined either. Due to unavailability of uninterrupted and quality power, none of the industries can work efficiently without a back-up power supply system and as always DG comes to the rescue and remains the mainstay solution for industries, agriculture, services and remote locations.

The level of air and noise pollution around the cities has been attributed to the use of DG’s in industrial, commercial and residential areas. With ever increasing technological advancements in renewables and battery storage and decreasing costs of these options, many argue that the days of DG’s are numbered. The number of regulations and norms that have to be met by DG manufacturers has been growing by the day. Also, DG’s have also recently been pitted against renewable energy, however not many realize that such a comparison isn’t fair, as renewable energy is a source of grid power and DG a source of back-up power.

Even though DG’s have been confronted at all fronts, they seem to be the only glimmer of hope when darkness falls. The developing world majorly relies on diesel generated power and though this may be common knowledge, many would be surprised to know that several developed countries rely on this mode of generation even in present times. To solve the energy crisis facing the country over the next 15 years, in 2015 Britain rolled out grants to diesel generators, running in multi million pounds. As a result, companies registered a total of 1.5 GW of diesel generated back up power for the grid. Also, in early 2017, the South Australia state government planned to have a 200 MW diesel generated back up plan. Though this was majorly driven by political motives, as the state has elections towards the end of the year, these examples reflect the trust governments still have in this mode of power generation and even so in the developed world.

Though at first glance it appears that DG is losing the glory it enjoyed over other means of back-up power, however, a deeper look will reveal a story which challenges the conjecture of those who envisage its end. Over the years, the DG industry has been faced with countless regulations and norms, which required curbing emission and noise levels. The industry responded by advancing its technology to the levels required to be met. This is not an ordinary feat, as meeting challenges, require significant technological developments and at the same time keeping the costs in control is not an easy task. The DG industry exhibited its resilience by overcoming all challenges and regulations that required compliance.

Further, the industry is often pitched against the growing use and adoption of renewables and even though the emission and noise created by DG has been significantly lowered, they continue to haunt the existence of the DG industry, with increasing pressure from environmental activists. However, the industry has already realised the challenge and is working tirelessly on research and development to bring about a disruptive change and revolution in the DG’s. The compliance to all norms by advancing technology was only the tipping point of research developments. Very few have realised this laudable response of the industry, which signals the dawn of a new age of DG’s, which shall be environmental friendly and at par with renewables.

The developments of a Norwegian company called Nordic Power gives hope of such a future. It has developed a diesel fuel cell generator which is virtually emission free and runs at 50% higher capacity than a conventional generator. Though the technology is in its nascent stage, it is scalable and a motivation to other companies for research in this direction. Most importantly it quietens those who forecasted the demise of this industry.

Advancements in technology is creating unimaginable disruptions and using diesel fuel as a clean source of power would be a game changer in the power generation industry. The commercialization of a clean diesel technology seems inevitable but how soon would this be possible remains to be seen, till then we can only wait anxiously and excitedly for the next generation of generators.