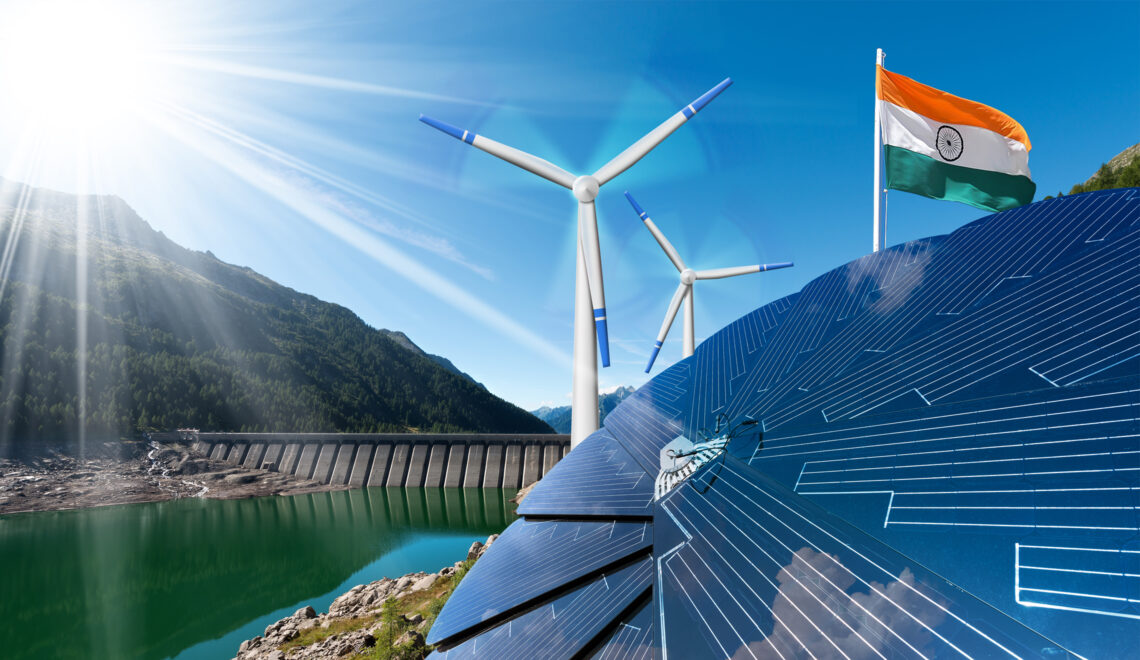 Now, India is destined to achieve 450 GW of renewable energy installed capacity by 2030. All credit goes to the proactive policies of the Ministry of New & Renewable energy and the commitment to add non-conventional power capabilities to achieve the target of zero carbon emission. Currently, India’s solar power capacity has risen more than five times to 40 GW in March 2021 from 6.7 GW in 2016. This makes solar energy a rapidly growing industry in India and one to watch out for

Still, the non-conventional power alternatives are costly and a handsome share of 280 GW (over 60%) would come from solar. And the Indian Solar industry is heavily relying on imports such as solar cells, modules, and solar inverters. As per the report published by the Standing Committee on Energy in 2019-2020, India has invested around $ 2.5 billion in solar equipment.

Now, the government is taking some serious steps to increase domestic manufacturing through multiple steps includes increasing duty on imports. In this effort, the government announced a basic customs duty of 25 % on solar cells and 40 % on solar modules from April 1, 2022.

In the same vein, under the renewable purchase obligation, consumers like discoms are mandated to purchase a certain proportion of power generated from clean energy sources like solar and wind. But still, a lot needs to be done on this front as India’s domestic manufacturing is not big enough to meet the target of power capacity. So the government needs to increase the scope of their energy vision and is required to tweak it as per the unprecedented demand. Well, it is a nice move to rake up the domestic manufacturing. But the demand to add 25 GW of energy every year is not feasible through domestic manufacturing policy. On the contrary, if India still needs to rely more on imports, then what is the main roadblock in it.

The main roadblock is that the supply and refining of minerals required in the solar and renewable energy systems are limited to some nations. In numbers, China accounts for 60 % of rare earth elements production and holds a great share in the processing of these minerals. On the other hand, South Africa and the Democratic Republic of the Congo hold 70 % of the global production of platinum and cobalt. So for India, that doesn’t have enough stock of minerals required for renewable energy systems. It must have long-term policymaking to get over disputes with the producing nations and make deeper inroads to achieve its renewable energy targets.

Now it is time to highlight some major challenges to the development and deployment of solar energy.

The low conversion efficiency of solar photovoltaic (PV) technology as compared to conventional systems remains is the biggest challenge. Secondly, PV plants can’t be feasible for immediate response to load demand. Apart from this, regular quality checks are a must for PV module developers and some standards should be in place to improve the quality and lifetime of the PV modules.

There is a high initial investment cost involved in PV technologies leads to discouragement among organizations to invest in solar technologies. In totality, the cost of PV panel, battery sizing, peak ratings of load are often borne by the consumer. It often leads to an increase in the installation cost and discourages end-users in the technology. So the government needs to be bail out the organizations actively involved in the import of solar equipment and their development.

Solar energy is considered a much cleaner resource of energy than conventional energy sources. But still, in the manufacturing process of PV panels, it causes some harm due to toxic compounds in the production lines. The e-waste from PV panels and batteries and its recycling has been a concern to keep this energy 100 % clean.

This is what needs to be done to overcome these barriers

With aggressive approach on R & D and some proper financial schemes to address the loopholes in the financial inflow for PV installations and deployment can aggravate the development process in India. The government can bring some educational programs with the collaboration of many research institutes to increase the scope of research in the area of renewable energy. Setting up designated centers to educate people to aggregate the adoption of solar energy at the ground level.

There is no dispute on the fact that renewable energy is a futuristic approach to meet the energy demands and to meet the pledge of zero carbon emission. However, the Indian government has taken many stringent measures for the development of solar energy. But still, many steps need to be taken to overcome the barriers in the nationwide deployment of renewable energy. Like the nationwide rooftop generation is still a distant dream for India. Fortunately, India has tropical geography, a large market base. If these factors are complemented with attractive policy incentives, innovative technology, financial backing, then India can become an undisputed leader in the global energy market