Evolution of Solar Module Technology over the years 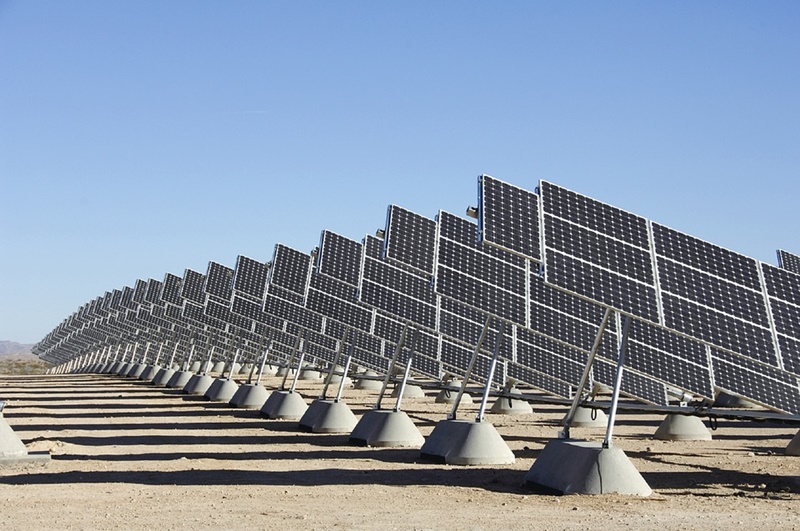 Solar technology has been around, in some form or the other, for a long time. Although some people consider solar power as a new age technology, scientists have actually been working with solar cells for almost 200 years. The evolution of solar modules for electricity generation has been a slow but worthwhile undertaking.

A solar cell (also called photovoltaic cell or photoelectric cell) is a solid state electrical device that converts the energy of light directly into electricity by the photovoltaic effect. While  there are several variants of solar cells, the two most common ones are those made of Crystalline Silicon  – both mono-crystalline and poly-crystalline) and those made with what is called Thin Film Technology.

Mono-crystalline Silicon Solar Cells are also called “single crystalline” and made from “silicon ingots,” a cylindrically shaped design that helps optimize performance. As such, panels made from monocrystalline cells have rounded edges rather than being square, like other types of solar cells.

Poly-crystalline Solar Cells: Also known as polysilicon and multisilicon cells, were the first solar cells ever introduced to the industry. The silicon is melted and poured into a square moulds, hence the square shape of polycrystalline. In this way, they’re much more affordable since hardly any silicon is wasted during the manufacturing process.

Thin film solar cells are characterized by the manner in which various type of semi-conducting materials (including silicon in some cases) are layered on top of one another to create a series of thin films.

The major draw of thin film technologies is their cost. Mass production is much easier than crystalline-based modules, so the cost of mass producing thin film solar cells is relatively cheap. The product itself is also flexible in nature, which is leading to many new applications of solar technologies in scenarios where having some type of flexible material is advantageous. Another perk is that high heat and shading have less of a negative impact on thin film technologies. For these reasons, the thin film market continues to grow.

A step back into history

The first huge step in solar panel technology came when Alexandre-Edmond Becquerel observed the photovoltaic effect in 1839, which occurs when a material produces electric current when exposed to light. It was not until 1888 that the first solar cell was actually built by Aleksandr Stoletov. His cell was based on the discovery of the outer photoelectric effect, which caused electrons to be emitted when energy (such as sunlight) was absorbed. These solar cells were less than 1% efficient, not nearly enough to make them a useful energy source.

It wasn’t until 1954 that Bell Labs invented the first useful silicon solar panel with efficiency of about 6%. Solar cell efficiency refers to the portion of energy in the form of sunlight that can be converted into electricity. The efficiency of the solar cells used in a photovoltaic system energy output of the system.

While the technology was expensive, it was found to be cost effective for the space program. The first satellite to use solar cells to back up its main power source, the Vanguard 1, was launched in 1958. These cells, though cost-effective for space exploration, were not very efficient for terrestrial uses until one year after the Vanguard 1 launch, when Hoffman Electronics created a solar cell that was 10% efficient. This set the stage for more effective uses, including solar cells being used in 1967 for the first time on a manned spacecraft, the Soyuz 1.

As oil prices rose in the 1970s, demand for solar power increased. Exxon Corporation financed research to create solar cells made from lower-grade silicon and cheaper materials, pushing costs from $100 per watt to only $20–$40 per watt. This influenced Arco Solar to build the first solar power plant in Hesperia, California, in 1982. In 1983, Arco Solar built a second solar park in Carrizo Plains, California. At the time, it was the largest collection of solar arrays in the world, containing 100,000 PV arrays that generated 5.2 megawatts at full capacity. While these plants fell into disarray with oil’s return to popularity, they demonstrated the potential for commercial solar power production.

The 90’s saw solar research continue to expand into other commercial industries and applications. Thomas Faludy filed a patent in 1995 for a retractable awning with integrated solar cells. This was the first time solar cells were used in recreational vehicles. Today, this feature is a popular way to power vehicles.

In 1994, the National Renewable Energy Laboratory developed a new solar cell from gallium indium phosphide and gallium arsenide that exceeded 30% conversion efficiency. By the end of the century, the laboratory created thin-film solar cells that converted 32% of the sunlight it collected into usable energy.

Another break-through in the field of Solar PV technology happened in 2015 with the invention of flexible printed solar panels. These Solar cells are as thin as paper and can be manufactured using an industrial printer. They have 20% power conversion efficiency, and a single strip can produce up to 50 watts per square meter. These can be extremely useful for usage in developing countries, as the strips are flexible and inexpensive to produce.

As the world slowly moves towards usage of renewable energy, people are trying to find efficient and price-effective ways to use renewable energy. Today, there is increased focus and attention on research and development of these technologies both by government agencies as well as private players.

A process to create fuel directly from sunlight for cars (an approach sometimes described as artificial photosynthesis) has been developed by researchers at the University of Illinois at Chicago. In this process “artificial leaves” use sunlight to convert atmospheric carbon dioxide into “syngas,” which is a mixture of hydrogen gas and carbon monoxide. Syngas can be burned directly or converted into more conventional fuels. The process has the added advantage of removing CO2 from the atmosphere.

Research into other materials and manufacturing techniques continues. One promising area of research involves monolayers, layers of materials one molecule thick (like graphene). These result in PV materials that, while only a few percent efficient in absolute terms, are thousands of times more efficient than conventional solar cells per unit mass.

Such variety of research in diverse approaches to photovoltaic cells and materials, and the rapid and steady progress since the invention of the silicon solar cell in 1954, inspires confidence that the enthusiastic adoption of solar electricity will not only continue but increase in the near future.

Solar power has come a long way in the past 200 years, from observing the properties of light to finding new ways to convert it into power. There is little room for doubt that solar energy will eventually be a significant, if not the dominant form of power both on an industrial and an individual scale. So for the scientifically minded, one can only hope that the consequent reduction in the need to burn fossil fuels happens before the global climate suffers irreversible changes.