Electric Vehicles are set to conquer the highways of the future 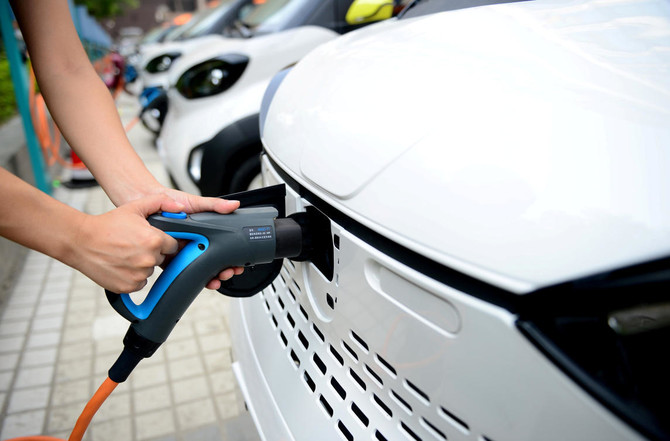 Passenger vehicles are a major pollution contributor, producing significant amounts of nitrogen oxides, carbon monoxide, and other pollution. Studies have shown that vehicular transportation contributed more than half of the carbon monoxide and nitrogen oxides, and almost a quarter of the hydrocarbons emitted into the air worldwide. The health risks of air pollution are extremely serious. Poor air quality increases respiratory ailments like asthma and bronchitis, heightens the risk of life-threatening conditions like cancer, and burdens our lives with substantial medical costs. Particulate matter is singlehandedly responsible for thousands of premature deaths each year.

An electric vehicle has far fewer moving parts than a conventional gasoline-powered vehicle. There’s no need for liquid fuels or oil changes. In fact, most of the maintenance costs associated with an internal combustion engine are eliminated. Even if a vehicle was to be fuelled exclusively by electricity generated by coal, EVs have a better emissions profile than internal combustion vehicles. Not only is the overall emissions content lower, but the location and timing of the emissions are better. While a gasoline-powered vehicle emits pollution during peak driving hours in the middle of the city, the emissions from fuelling an EV generally happen during off-peak driving hours at power plants in remote locations.

Credible research has shown that most electric vehicles that consume only a third as much energy in operation compared to conventional internal combustion engines and are inherently greener no matter what fuel is used to generate the electricity they use. Moreover, electric vehicles powered by electricity from hydro, solar, wind, or nuclear sources produce no carbon in operation. An electric vehicle can be powered by electricity produced from multiple energy sources like wind, solar, hydro, nuclear, biofuel, and fossil fuel sources including natural gas, oil, and coal. So in the future, electric drivetrains will probably dominate whatever the energy source. There’s just no other way to get this kind of efficiency gain from an internal combustion energy drivetrain.

The biggest challenge in adoption of EVs is the initial investment cost factor. One of the most important component of an EV is battery, which is a very expensive technology. Moreover, batteries used in electric cars need to be able to hold massive amounts of charge to make the cars practical for most drivers, they have to be built using expensive materials, most of which are tough to procure, resulting in electric cars costing much more than comparable gasoline cars. That makes consumers reluctant to adopt them. Electric cars could be less expensive if electric car makers could ramp up production volume and use economies of scale. But, for that to happen, lots of consumers need to buy electric cars — something that likely won’t happen without prices coming down.

Beyond the costs, there are other factors to consider as well. Not everyone is sold on the idea that electric cars make sense for their life. That’s because of range anxiety. Electric car makers are finding that people are worried about how far they can travel in electric cars before running out of battery power. In a gasoline-powered car, running low on fuel is not a big problem as one can fuel up in about five minutes before getting back on the road. Charging and electric car isn’t quite so simple. Today, most production electric cars have a very limited range on a single charge. While it is enough for daily planned commuting around the city, any unexpected emergency requirement cannot be met as fully charging any typical EV requires almost 6-8 hours. Consumers thinking of situations like these make for a big hurdle that electric cars still have to clear.

To conclude, electric vehicles is an indispensable requisite for our rapidly degrading living environment in cities across the world. The advantages of EVs far out-weigh the challenges that the industry is facing today. Governments around the world are incentivising adoption of EVs with lucrative subsidies, as well as providing support for developing the required charging infrastructure. Many countries around the world have set deadlines for phasing out gasoline powered cars in the near future, which have spurred the automakers to heavily invest in R&D, auguring well for the entire industry. Without a doubt, with such focussed approach from all quarters, it is just a matter of time before the technology catches up and responds to most of the reservations that potential customers have while considering EVs as their daily driver. Finally, there is significant R&D work going on in the sphere of battery technology and other forms of energy storage solutions for creating to high density power requirements of an ideal EV. A high density, technologically mature and reliable power storage solution will not only be the biggest enabler for the EV industry but also be a game-changer the entire renewable energy sector.