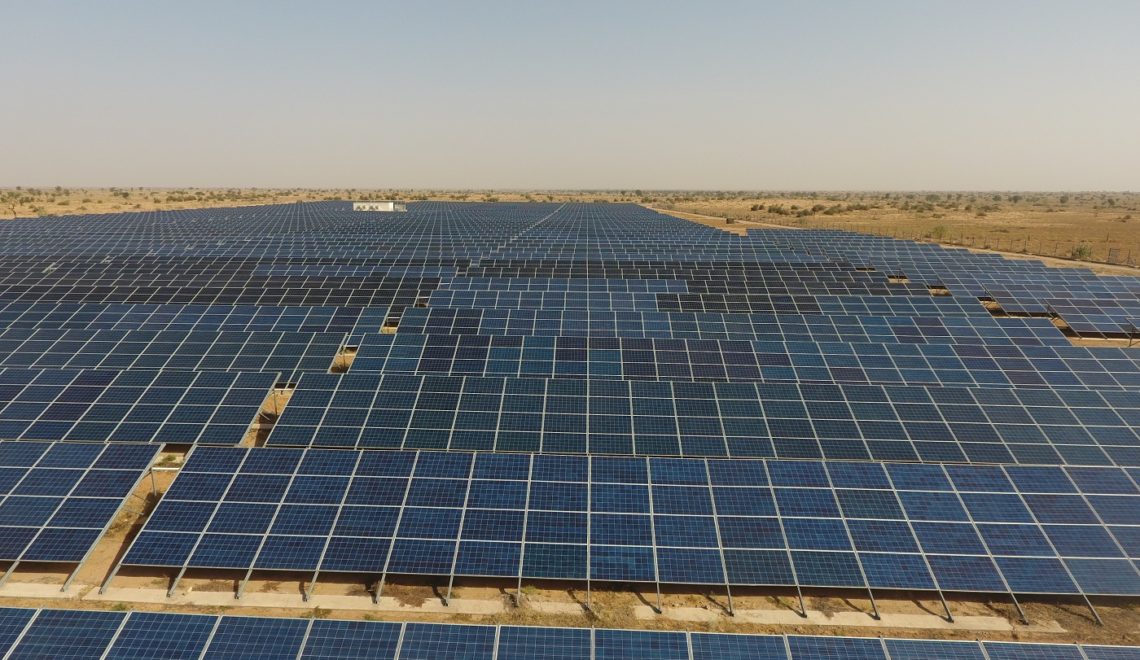 Solar, a source which has the potential to generate approx. 748 GW of power, using 3% wasteland in India, has been growing at a phenomenal rate. From a meagre 461 MW in 2011 solar power installations increased to 19,538 MW in Feb 2018, growing more than 40 fold in less than 7 years. With the increase in capacity additions the tariffs were affected by an inverse effect, falling from Rs 15/KWh in 2009 to Rs 2.44 /KWh in 2017, drawing attention of domestic as well as international players to leverage profits from this promising sector.

Though the reduction in prices was cited by many as unviable and market entry tactics of new firms, these were actually results of improving technology which reduced panel pricing (which accounts for 50% of the system), as well as the large nature of projects which could sustain such immensely competitive pricing. As new solar powered projects promise viability and become 20% cheaper than two-thirds of coal fired generation plants, there is growing speculation on the future of coal based generation. Though proposals have been made to close 50 GW of coal plants in India by 2027, these may come in early as solar continues to add more capacities than conventional energy as well as promising a cleaner environment and reduction in import bills, as India remains a net importer of coal.

Research from Greenpeace an international environmental organisation has found that replacing the most expensive coal plants with solar PV can result in savings of 54,000 crores to consumers annually.  The growth in the sector is being supported by financing from some renowned global entities like the World Bank which committed $1 Bn in lending for solar power which is its highest level of support in any country. Other international institutions for e.g. the European Bank are also at the forefront of financing renewable projects in India aiding quick growth.

Although the solar sector enjoys policy support there is a growing concern of the impact of Chinese imports which account for 84% of total equipment requirements of the solar industry in India and leads to outflow in billions of dollars of forex exchange. Apart from financial impacts on economy, the domestic solar industry faces survival issues as foreign goods negatively impact the make in India initiative, which consequently also affects employment generation as well as power generation, due to quality issues of Chinese makes.

Though imposition of import duties was recently proposed, it needs to be approached more realistically so as not to hamper the ongoing projects and the growth of solar in India. The proposed hike of 70% was highly unrealistic. Instead, levying duties to the tune of 25%-30% shall keep import activity in check and at the same time provide some support to the domestic industry. Another factor that affects local industry is the prevailing high interest rates on financing. Foreign manufacturers and developers are able to manage loans at 2%-6% while credit in India remains between 10%-13% making it difficult for domestic players to compete at various levels.  Strong government intervention towards this end shall make us more competitive not only locally but globally.

In order to achieve the countries solar targets, efforts have to be directed in all sub-sectors including utility scale, distributed and even off grid solar, which has potential to grow at a CAGR of 60%.  Certain incentives were curtailed and the industry should pursue the policy makers, about the significance of subsidies and incentives for enabling wider roof-top adoption in residential and commercial areas. Not only does solar promises generation and electricity access, it’s forecasted to have the most significant impacts on climate commitments. Even though India is a growing economy and has increasing industry needs, its commitments to the Paris Accord are commendable which shall have a combined mitigation and adaptation effect of $2.5 Trillion over the next fifteen years.

The effectiveness of solar installations is also dependent on the grid and there is a dire need to set-up and improve the infrastructure and to manage the T&D losses. Further with growing roof-top installation and net metering a stable grid infrastructure would be very important. Partnerships between utilities and tech companies can greatly aid and sustain solar power to the grid. Also, in the short to medium run, enforcement of RPO obligations will assure investors of their investments.

off grid solarrooftop installation
by Manaaf Riza
Leave a comment