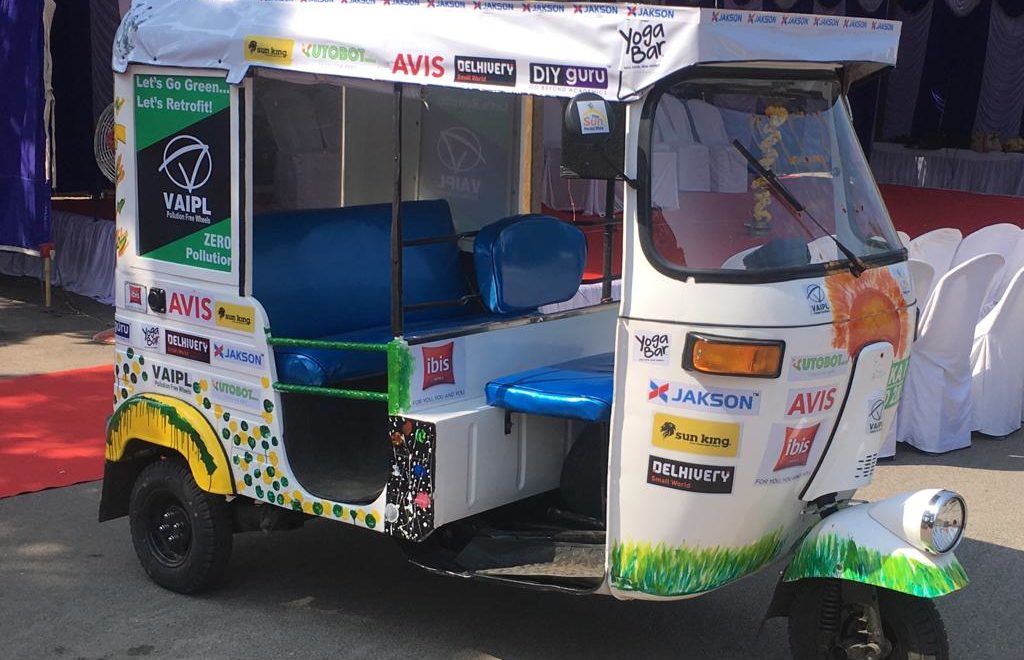 Over the last few years, governments around the world have given unprecedented focus and emphasis on usage of renewable sources of energy. Solar energy has emerged as a viable source of energy which not only has the potential for substituting conventional sources of energy but also providing energy security for future industrial expansions. In the same light, the face of the automotive industry is being re-shaped by concerns over environmental implications, oil supplies, international policy and fuel costs. This has given rise to a variety of hybrid technologies, including solar cars.

Solar cars are electric cars that use solar energy. They use photovoltaic cells to convert energy from sunlight into electricity. These cars can store some solar energy and can also run smoothly at night or in the absence of direct sunlight. These cars not only help with reducing environmental pollution but also noise pollution. The solar powered car is one of the oldest alternative energy vehicles and has many applications to the emerging electric vehicle market. Several prototypes of solar cars, powered only by the sun, have been built and tested, since the 1970s. These vehicles were not intended as day-to-day transportation devices, but are rather demonstration vehicles and engineering exercises. Though there has been spectacular advances in solar technology, high costs, weight and friction management and the absence of a storage system make these vehicles quite different from the current idea of car.

The potential advantages of use of solar energy in cars are apparent, however there are serious limitations as well. Solar is an intermittent power source, and no power can be produced during the night. Also power output can be adversely affected by time of year and weather conditions. But the most serious limitation for direct automotive use concerns its energy density. Considering that the space available for PV panels on a normal car is limited, the net power achievable by a solar panel is grossly inadequate and impractical to power of most modern cars on its own. The current commercially operated solar panels that is in use today operate at about 17 to 20% efficiency. On a clear day, the earth’s surface receives approximately 1 kW of solar energy per square meter. Given that highly-efficient cells are embedded on the body of the car in an area of 4 square meter, it can generate roughly 8 kWh of energy per day giving it a range of only about 40 km.

The rise of solar-electric cars

It is an established fact that constraints in PV technology makes it impractical for cars to be powered solely by solar energy. Even with the most efficient solar technology available today, it takes about 5-6 hours of sunlight to generate enough electricity to attain a driving range of about 40 – 50 km per day. The idea of integration of photovoltaic panels in electric vehicles is a more realistic and feasible option over pure solar cars. With an on-board battery bank, the solar panels can play an important role in extending the range of a vehicle. This also tackles the problem of range-anxiety associated with electric cars to a certain extent.

There has been many notable solar-electric car prototypes that have been developed over the last few years. Sion, an innovative solar electric vehicle developed by Sono Motors, Germany, can be considered as the first hybrid electric vehicle that charges itself using solar energy. It has 248 solar cells that are integrated into its body, and it uses solar energy to charge itself. When used for short distances, it has complete self-sufficiency. Even the manufacturing of the car is achieved using 100% renewable energy, further reducing its carbon footprint.

In 2019, a Netherland startup named Lightyear unveiled a prototype of its first solar-powered electric car called ‘Lightyear One’ that boasts a range of 724 km on a single charge. Designed by former engineers from Tesla and Ferrari, the car’s hood and roof are composed of solar panels. The vehicle also has the capability to charge on regular electric power as well as fast-charging stations.

Companies like Toyota, Hyundai, and others are also trying to use solar panels to build a fully functioning solar car or a hybrid version of it. Toyota, one of world’s largest automobile manufacturers, is in process of developing a next generation plug-in hybrid car. What makes this car special are the solar cells that has an efficiency of 34%. Developed in partnership with NEDO and Sharp, the solar cells are 10% more efficient than the best cells currently on the market. Additionally, the cells have been installed on the hood, over the back window area, and on the trunk/spoiler area. Between the increased and the increased area covered by cells, they estimate the car will be able to add around 45 KMs of range per day, assuming good conditions. Under bad conditions, the car can still plug in and be charged.

Like the rest of the world, the push towards EV has been well and truly began in India. Recently, Govt. of India declared that by 2030, only electric cars would be sold in India, and there would be a complete ban on petrol/diesel cars. It has further set a goal of having at least 7 lakh EVs on Indian roads by end of 2020. To enable the same, the govt. has floated some subsidy schemes as well to promote electric vehicle adoption in the country. Leading Indian automobile companies such as Tata and Maruti has already shown a massive interest in launching electric cars. Tesla Motors, the world’s biggest electric car manufacturer has announced the launch of its cars in India in the near future.

The urban mobility scenario in India is heavily dependent on 3 wheelers for last mile connectivity. Traditionally, the segment had been dominated by petrol/diesel/CNG powered auto-rickshaws. However, in the last few years, there has been a huge influx of solar powered 3 wheelers in the Indian market, driven by cheap Chinese imports. Although, this segment is dominated by a host of unorganized players, the established names have also identified the opportunity and have forayed into this segment. This segment has gained spurt in last 3 years and the growth has been phenomenal. E-Rickshaws, as they are referred to as, have now transitioned from being a market entrant in the automobile segment of the country to evolve as a leading short distance transport solution.

The next logical step in this direction is solar electric 3 wheelers, which could charge its batteries through an integrated solar module or through conventional plug-in sources. In the sphere of solar-electric vehicles, many Indian car manufacturers, government agencies and corporates have simultaneously been putting in a lot of efforts towards T&D of storage technologies, efficiency, easy integration and improve practicality.

The SunPedal Ride – Golden Quadrilateral Ride is a journey on a Solar Powered Electric Rickshaw to promote sustainable mobility across India. The ride, undertaken during June-July 2019, covered 6000 kilometres in 60 days and passed through all major cities in India. The auto rickshaw which was used for the ride was provided by Volta EV as a standard electric vehicle with battery storage.

Jakson Group, one of India’s leading solar companies successful engineered the integration of on-the-go solar charging capability of the vehicle. A special, high efficiency half-cut cell mono PERC PV module and a customized structure was developed specially to retro-fit the vehicle. The company also designed the electrical system with customized charge controllers as well. Integration of solar energy enhanced the potential daily range of the vehicle by 30-35%. The ride aptly demonstrates the value add that on-the-go solar charging brings to standard electric vehicles.

Rapid progresses in PV and storage technology and reduction in cost of PV panels itself has laid the foundation for more reliable and practical use of solar energy in electric cars. Aided by government regulations and a negative public sentiment towards fossil-fuelled cars, most major automakers today are making huge investments on R&D of electric and solar cars. The only prohibiting factor is the commercial viability, however in future, economics of scale will bring down the cost. It is only a matter of time before we see this technology become mainstream, and slowly change the face of the automotive industry as we know it.