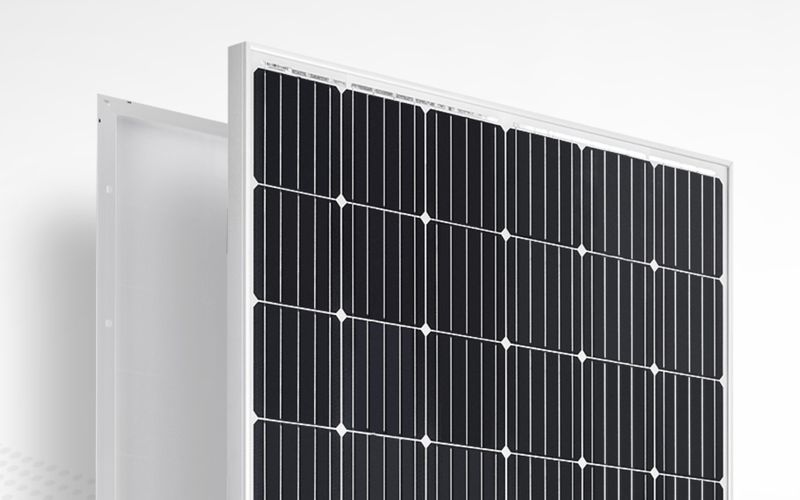 The solar PV Module industry has been dominated by one primary solar cell and module technology for more many years now – Aluminum Back Surface Field (“Al-BSF”). However, this technology is near its practical limit and further gains in efficiency are unlikely. The search for continued efficiency improvements has led the industry to adopt Passivated Emitter and Rear Contact (“PERC”) solar cells. PERC cells enabled access to module with higher power ratings of up to 370 W for a 72-cell module and power ratings could cross 400 Wp in the near future.

Undoubtedly, there has been a lot of excitement and anticipation around PERC solar cell technology with many solar cell manufacturers enthusiastically promoting it as a game-changing technology. PERC technology was first developed in Australia in the 1980s by scientist Martin Green and his team at University of New South Wales. PERC technology adds an extra layer to the rear-side of a solar cell. Most of the research on solar cells was done focusing on the front side of a solar cell, and less attention was paid to taking advantage of production opportunities from the backside. In principal, incorporating PERC into a solar cell boosts generation.

In order to create a PERC cell, an additional two steps are employed to the standard back surface field during the manufacturing process. First, a rear surface passivation film is applied upon which lasers or chemicals are used to open the rear passivation stack and create tiny pockets in the film to absorb more light. In employing just two additional steps, the return is threefold; firstly, electron recombination is significantly reduced resulting in increased panel durability; secondly, more light is absorbed; and thirdly, higher internal reflectivity is experienced. Not all sunlight is absorbed through non-PERC solar cells (some light passes straight through). But with a passivation layer on the rear side of a PERC cell, unabsorbed light is reflected by the additional layer back to the solar cell for a second absorption attempt. This process leads to a more efficient solar cell.

The biggest advantage is that the investment to move to a PERC technology line requires minimal modifications to existing cell manufacturing infrastructure. Manufacturers can easily make the switch to produce PERC cells without having to outlay large capital expenditures for a complete overhaul of existing equipment. There has been a boom in adding PERC capacity to the global market and it is set to continue at a rapid pace for the next several years. Additionally, solar panel manufacturers are now able to produce a more energy dense module without much of an increase in build cost.

Another advantage is that panels incorporating PERC technology give more freedom to developers and designers, especially when dealing with locations that were once considered to be less than desirable for solar. PERC panels have a higher energy density per square foot and perform well under low-light conditions and high temperatures. When considering total energy production rather than peak wattage, it is clear PERC panels are superior. Designers can utilize fewer panels to accomplish total output goals where footprint is limited, or they can dramatically maximize energy output if space is not a premium. It empowers designers to be more flexible and responsive to project objectives.

This freedom also allows the option to drive down BOS costs. More is being achieved with less, which can trickle down to significantly reduced soft costs. This can be the difference between a client having sticker shock and not moving forward with project to one seeing a cost-effective and manageable system. Additionally, more attractive temperature coefficients make PERC a top performer in hotter climates, and less thermal loss is experienced. This allows end users to achieve superior performance from their systems throughout the year.

Like for any new technology, the challenge behind the PERC technology is to be able to scale up the technology while controlling the manufacturing process. Among the challenges related to PERC technology, one of the most prominent is Light Induced Degradation (LID). LID is this effect that causes a module to lose a percentage of its power after first exposition to light. Due to the higher doping levels commonly applied in PERC cells, the negative effect due to LID is increased with PERC technology compared to standard cells. However, the benefits gained through this technology far out-weighs the losses experienced due to the aforementioned shortcomings.

PERC technology being neither new nor radically different from standard cells, there is reduced risk on the financier’s side of the table to back an advanced technology. By utilizing a proven technology and modifying the standard cell, there is no change in the inherent risk of the solar module and its performance. It sets a course for establishing dependable, long-term power output in a cost-effective manner for residential, commercial and utility projects. Total power generation over the lifetime of the solar system is increased without dramatically boosting the cost per watt providing a win-win situation for all concerned.