Indian Economy: Shaping for the Future 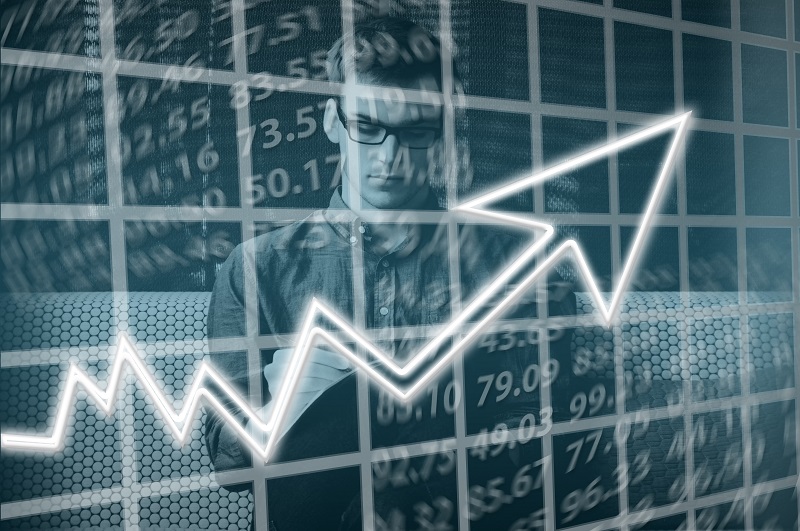 The year 2018 began with signs of recovery for the Indian economy. The industrial output in Q4 of 2017 as well as in the last three months of 2017 remained over 7% and manufacturing saw a healthy 8% increase in productivity during Jan 2018. The trend is expected to continue as the World Bank and IMF expect the Indian economy to grow between 7%-7.6% outperforming all the major economies of the world and leaving China behind at 6.6%. The growth hints that the teething effects of structural reforms in the face of Demonetisation and GST have normalized and businesses have aligned themselves to grow in the new framework.

As the country prepares for an upcoming election year the government is expected to increase its spending, focusing on infrastructure projects, subsidies and waivers, enabling some job creation and GDP growth. Further, the developments on the global trade front also seem to be optimistic for the India economy. The global economy is also expected to grow at a faster pace and the tariff war between US and China may help Indian exporters as domestically manufactured goods become competitive to China’s offerings. Although, there could be repercussions if we chose to retaliate to US duties or imposed higher tariffs on Chinese imports.  However, reforms and policies at the domestic front shall pave the pave for steady growth in the medium and long term.

The fiscal deficit has been declining since the past 4 years reaching from approx 4.5% in 2013 to approx 3.5% in 2017. We missed the target of achieving 3% which may now be realised in the next 3-4 years. Private investment is also expected to rise in 2018, however, the availability of credit remains a challenge for investors. Except for providing personal loans, the banks in the past 2 years have mostly shied away from funding industries. Unavailability of credit may be the result of rising NPA’s which have grown almost 4 fold since 2014, reaching from approx INR 2,000 Bn in 2013 to INR 7,900 Bn in 2017. Though RBI curtailed the repo rate, which stands at 6% since Aug 2017, there has been only marginal reduction in the base rate. A strong need for government intervention at the banking level is required for meeting the financing needs of growth and infra projects, as well as in lowering the interest rate, especially when the repo rate has been significantly reduced by the central bank.

The services sector which contributes approx 60% of the total GDP has not fluctuated much when compared to Industrial and Agriculture sectors. In the past 4 years services have grown at CAGR of 6.9% and also attracted FDI to the tune of $36 Bn Apr- Dec 2017. The introduction of 100% FDI, export of IT services, increase in travel, tourism & healthcare tourism and a share of 60% of FDI in start-ups during 2016-17 reflects upon the promising growth this sector shall continue to enjoy. Although industrial growth remained subdued due to structural reforms introduced by the government, manufacturing sector has once again picked up momentum growing at 8% in Jan 2018. Over the last quindecennial, the automobile, pharma and chemical industries have been the top three industrial sectors attracting FDI and increased vehicles sales since the last months of 2017 has also contributed to the revival of manufacturing sector. Technological interventions and adoption of IoT and robotics are expected to make strong impact on industries by increasing efficiencies and reducing costs. This shall enable early movers to leverage the advantages and make entry into foreign markets at competitive prices.  Agriculture sector has been suffering the most at the backdrop of poor production affected by rains as well as, imports of several commodities e.g imports of edible oil which is an essential ingredient for every household kept increasing as prices in international markets were cheaper than domestic procurement. Although, government introduced tariffs of upto 40% on certain categories of oils, the intervention was rather late. However, at the backdrop of a good monsoon season 2018 is expected to be a good year for the domestic agro sector.

We are emerging as a strong start-up base with over 4750 tech start-ups and 1400 added in 2016. These new ventures driven by aspiring entrepreneurs and backed by some powerful business houses promise a bright future for the country. Though government reforms helped us gain 30 points in the ease of doing business, we need to continuously keep ahead of the global challenges in the face of oil prices, climate change, tariff shocks and as such, forward thinking policies are required that shall catapult our economy in the global arena.

The emerging markets (Brazil, China, India, Russia, Turkey, Mexico, Indonesia) are forecasted to shape the new world economy and by 2050 the top two slots are expected to be filled by China and India followed by US & Indonesia. Some reports predict that by the year 2050 France & Italy will be edged out of the top ten positions and emerging economies like Turkey, Mexico, Brazil and Russia may a find a spot therein. In order to achieve the feat of overtaking the US economy, apart from investments, India will have to deliver on technological progress, mass education and continued economic reforms to enable a productive workforce, capable of leading the country on a sustainable growth path.