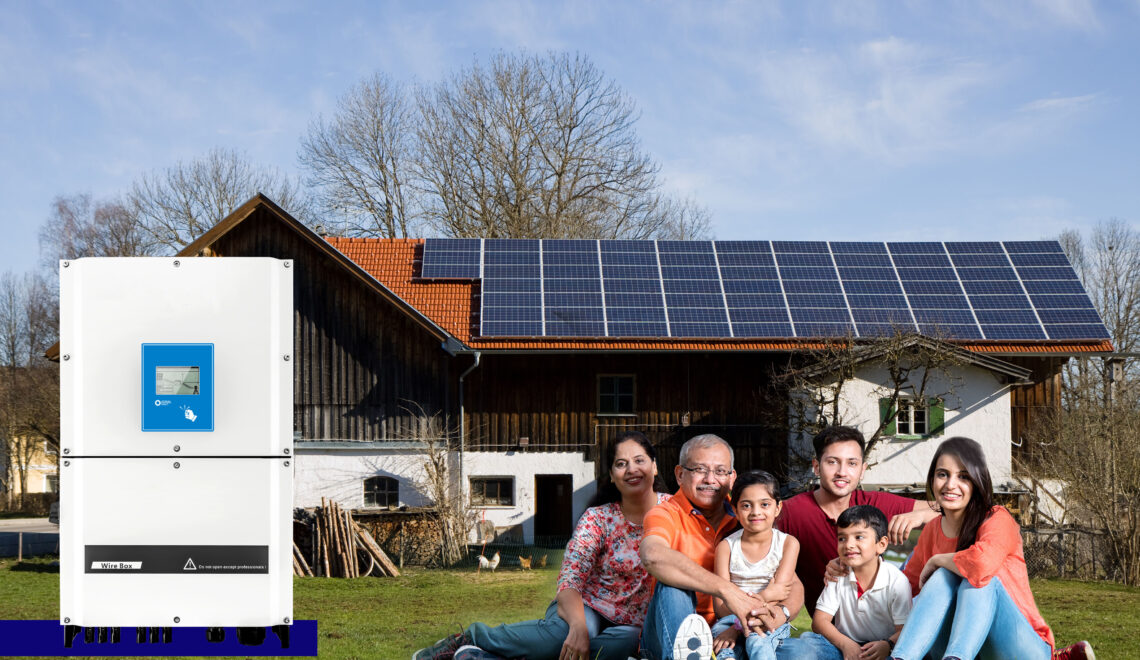 Solar energy is one of the most reliable and robust sources of renewable energy available to mankind today. Countries around the world are banking on solar based energy solutions, not only to meet rising energy demands but also to combat climate change and arrest environmental degradation.

This global increase in demand for solar energy has given rise to the demand for all key components for setting up a solar plant. The most apparent component of any solar plant is the solar PV modules which harness the sunlight to produce solar energy. However, the electricity generated is not readily usable and requires the intervention of an equipment known as a solar inverter.

Solar inverters are an integral part of any solar installation and are often considered the brain of the system, regardless of the size of the solar plant. These inverters are available in various capacities, installed as per the scale of a solar installation. Equipped with the latest technology for improved efficiency and a high degree of system redundancy, solar inverters present a clean energy solution for a wide variety of residential as well as commercial applications. Modern solar inverters are aesthetically designed and capable of powering regular home appliances like air conditioners, refrigerators, TVs and microwaves, etc. In addition to making solar energy accessible and practical for the end users, solar inverters can feed excess power to the grid and help achieve substantial savings in electricity costs.

A Solar Inverter is the heart of the Solar power System which converts DC Power generated from Solar Modules to AC Power which is used to run  Electrical Products. Solar inverters are alternative power back-up solutions with a cost advantage. Here’s how it works:

Since all commercial appliances run on AC power as a standard, inverters are generally considered as the gateway between the solar plant and the end users. Moreover, AC power is the only suitable medium for electricity transmission via cables over large distances.

Apart from the basic function of converting DC into AC, a solar inverter primarily plays the following roles in a solar power system:

The most important reason behind the growth in demand for Solar Inverters in India lies in favourable government policies on developing renewable energy resources for power generation. India’s National Solar Mission of producing 100GW solar resources is the single biggest factor towards long term demand of the solar inverters. In addition to this, there is renewed focus from the government on developing smart cities and the government is investing heavily in clean and free energy sources, thereby surging the demand for solar inverter further.

Another factor to be considered is the rising consumer interest in usage of solar energy, especially among the residential, industrial, and commercial consumers. This is due to the potential benefits of reduced electricity costs and will continue to pave the way for market growth.

However, factors such as high initial investment, intermittent power generation, requirement of a large area for installation, etc., which impact the solar PV sector in general continue to impact the solar inverter market.

Solar inverters are going to play a crucial role in further expansion and penetration of the solar PV industry. With module prices being more or less saturated, the industry is looking up to the inverter manufacturers to come up with innovative products which will help in bringing down cost, while maintaining key attributes for a solar energy system like reliability, efficiency and features such as data monitoring, advanced utility controls and applications. Close co-ordination between the manufacturers and end-users is needed for providing post-installation services such as preventative maintenance, O&M services that are integral to maintaining energy production and a high level of performance for any solar project.