Can Plastic Roads be an Answer to the Global Plastic Waste Crisis? 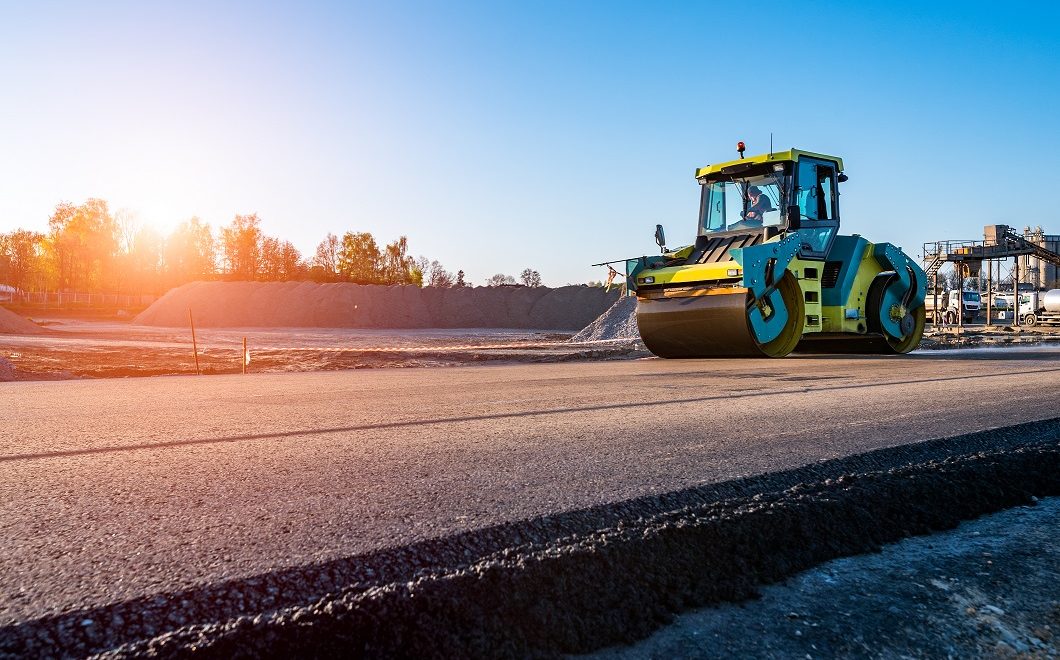 One of the gravest environmental challenges facing mankind today is plastic pollution. According to conservative estimates by the United Nations, humans today produce more than 300 million tonnes of plastic waste every year and this figure is continuously on the rise. Even worrisome is the fact that only 9% of this waste gets recycled, 12% incinerated and the rest – more than 75% – gets dumped in landfills, water bodies and the natural environment worldwide. As a result, plastic waste has become a major environmental hazard polluting our cities, farmlands, rivers and even our oceans. Researchers estimate that at this rate, our oceans would contain more plastic than marine life by 2050 putting at risk a vital source of food and oxygen for the planet.

The gravity of the situation has forced multiple stakeholders including governments to take various measures to address this crisis. There is a global effort to cut down or restrict usage of single use plastic items like plastic straws, cups and glasses, polythene bags etc. to reduce the generation of plastic waste. It is no secret that single use plastics form a significant portion of plastic waste worldwide. Restricting their usage could yield significant returns for the planet.

In recent years, leading global corporation as part of their sustainability programs have also pledged their support to recycle and use sustainable materials in their products. Global FMCG majors are working on developing sustainable packaging while some apparel and footwear brands are investing heavily on R&D to recycle plastic waste to develop new product lines.

While all these efforts are appreciable, what is needed currently is a major disruption – one that can consume and recycle large amounts of plastic waste in an innovative way. In recent years, several such innovative solutions have been suggested. In this blog, we will discuss one such innovative solution, i.e. Plastic Roads, which if successfully adopted has the potential to significantly consume or recycle plastic waste in humongous numbers globally.

So what are Plastic Roads

Roads across the world are constructed using a mix of crushed stones, limestone and sand. This mixture is bound together by a substance called Bitumen (Asphalt). Bitumen acts as a glue or the binding material of this mixture. Bitumen is derived from fossil fuels and provides the smooth surface that we see or experience on roads. In a typical road construction mix, bitumen comprises 10 to 12% of the total material mix. In plastic roads a portion of this bitumen is replaced with plastics derived from plastic waste and acts as a binding agent.

This innovative technology was developed by Professor Rajagopalan Vasudevan, from Thiagarajar College of Engineering, Madurai, India – also known as the ‘Plastic man of India’. Professor Vasudevan developed this unique solution after years of research and has also received a patent for it. Environmentalists have hailed his invention and some proclaim it to have great potential.

Let us take into consideration some figures:

To construct a single lane road stretch of 1 kilometer, 10 tonnes of bitumen is used. In a plastic road, this composition can be altered to 9 tonnes of bitumen and 1 tonne of plastic. So, on an average, 1 tonne plastic consisting of more than 10 lakh (1 million) waste plastic bags can be consumed in a single kilometre. Considering that the world has millions of kilometres of roads, imagine the amount of plastic waste that can be re-used or recycled for surfacing or building new roads.

Plastic roads also offer several benefits. These roads have better durability compared to traditional asphalt concrete roads, they can withstand water better, have smoother surfaces, develop lesser cracks and potholes which means lesser maintenance costs. The environmental benefits are an add-on to this.

Faced with mounting piles of plastic garbage and realising the benefits of this new technology, several countries across the world have started adopting this innovative solution. In the last few years, India alone has built more than one lakh kilometres of roads in at least 11 states using waste plastic. This was made possible due to a legislation brought in by the government that mandated road developers in the country to use plastic waste for road construction in line with Government of India’s flagship “Swachh Bharat Abhiyan” campaign aimed at addressing India’s looming garbage crisis. 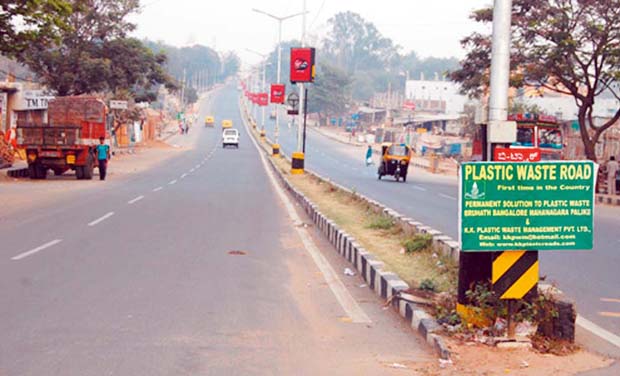 Staggered Pollution – Some critics point out that putting plastics into roads does not make them disappear, but only delays the process before they are released in the environment. As the roads wear and tear down the years, the plastic particles break down into micro-plastics and get mixed with the soil and water, polluting them. There are also concerns on toxic fumes being generated during the melting process. Some argue that the process releases toxic concentrates in the air thereby causing air pollution.

Sorting of Garbage – Sorting Collection of waste plastic and sorting them is another area of important concern. An important caveat that remains is the type of plastic than can be used for building roads. Only polypropylene (PP), polystyrene (PS) and polyethylene (PE) polymers are advisable for road construction. PVC (polyvinyl chloride or flex), is not to be used for construction. The challenge however is how to sort PVC waste from garbage waste.

Cleaning of Garbage – The third big challenge is cleaning of plastic garbage. It is clear that plastic materials need to be cleaned or washed before they can be converted into plastic pellets for used in road construction. However, most disposable and single use plastic waste is filled with items that are difficult to clean easily. A cost effective solution in this regard is urgently required for widespread adoption of plastic roads

With advocates and critics on both sides, it is difficult to convincingly arrive at a conclusion on this new technological solution. Unless there is another set of innovation to address the challenges outlined by critics, it is not going to be an easy path ahead for plastic roads. Only the future can answer whether plastic roads are actually a solution for one of the world’s leading environmental threats today.