Are hybrid projects the future of renewables in India? 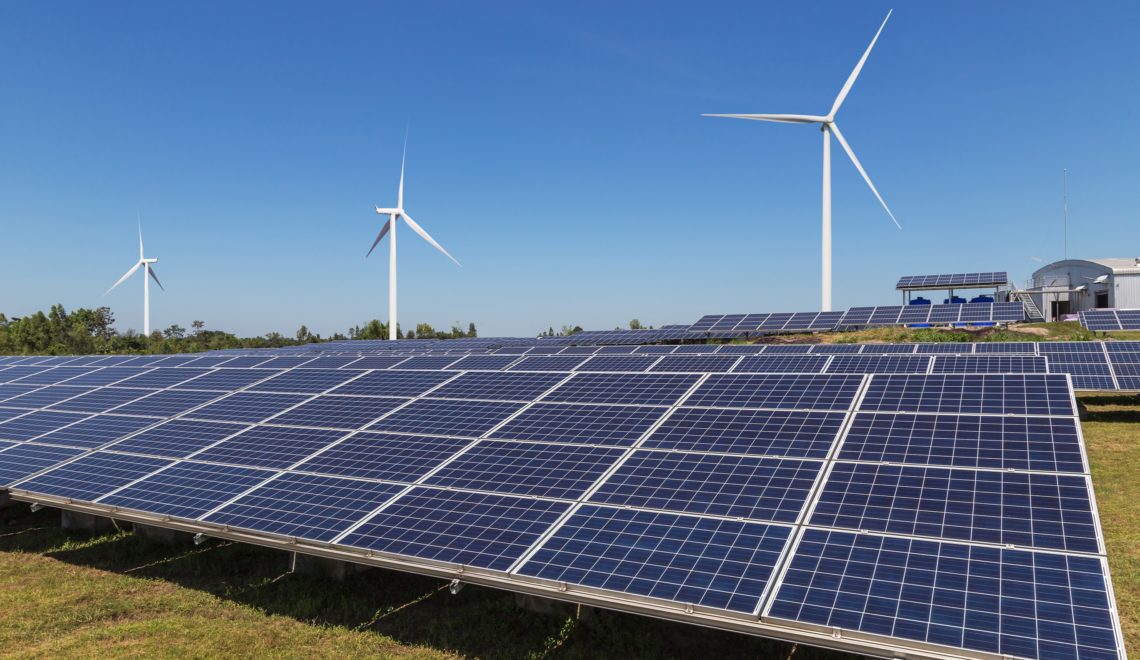 The Ministry of New & Renewable Energy (MNRE), Government of India recently unveiled a draft solar-wind hybrid policy document for the renewable sector in India. It is a welcome step by the Government as it paves the way for a formal discussion on the subject amongst various stakeholders.

At a macro level, the broad objective of this policy is to drive investments into the renewable space in India, optimize utilisation of current assets and align the renewable industry in India in-line with global trends which are slowly making a shift towards hybrid renewable energy projects at a slow pace.

In India, hybrid renewable power projects can be an important growth driver for the country to achieve its ambitious renewable energy target of 175 GW by 2022 that comprises 100 GW from solar, 60 GW from wind, 10 GW from biomass and 5 GW from small hydro power plants.

Hybrids – What are they and how can they help?

Simply put, Hybrid energy systems or power projects are a combination of two or more renewable sources of power to improve overall system efficiency and reduce the inconsistencies in power generation from renewable sources.

It is no secret that intermittency of wind and solar energy remains a key challenge for grid security and stability. While the power of the sun can be harnessed only during the day, supply of wind is dependent on multiple factors including geographical location.  This irregular nature of wind and solar can be reduced significantly by combining the two at a single location to create a hybrid power plant with increased efficiencies and better plant loads. Adding battery storage or another renewable source like geothermal or biomass to this combination can further ramp up efficiencies with the potential of having a round-the-clock energy generation renewable power plant.

According to industry estimates and studies, efficiencies of standalone wind and solar projects range between 18 to 28 percent of installed capacity. With hybrid power plants, that figure can jump up to 40 percent!

In addition to increased efficiencies, Hybrid power projects can help reduce overall capital costs involved in land acquisition and setting up of evacuation and transmission networks.

In India, where land is a highly prized commodity and input cost, hybrid power plants could be an answer to a major challenge that the industry faces.

The draft policy released by MNRE broadly outlines the guidelines for setting up new solar-wind hybrid power projects or upgrading existing solar or wind into hybrid power plants. In addition, it proposes the rules for classifying a solar-wind project as hybrid; renewable power obligations of utilities; bidding process and mechanism for sale of power to DISCOMS; and evacuation & transmission procedures.

The policy also documents the role of Regulatory body Central Electricity Regulatory Commission (CERC) for tariff determination and the various financial incentives for developers of hybrid projects. A brief of the conditions outlined in the document are:

Hybrid energy projects are at a nascent stage globally. Like every new technology or innovation, it is currently at an evolutionary stage. However, that has not stopped developers from adopting this model for developing renewable energy systems.

In India, the first such large scale project was commissioned early this year in Karnataka combining 50 MW Wind and 29 MW solar. However, this plant was developed for captive use. Large scale adoption and commissioning of hybrid energy projects would depend on depend multiple factors.

On the technology front, costs of storage which is an important component of hybrid projects, will play an important role in the wide scale adoption of such projects. The costs and technologies of renewable storage prevalent today are unsustainable for large scale utility renewable power projects. Unless there is a breakthrough in storage technology that reduces per watt costs considerably, solar & wind projects with 100% storage will remain confined to select geographies and projects.

On the policy front metering technology and standards, forecasting and scheduling, grant of connectivity to the grid, RPO mechanisms for discoms, rules defining PPAs for hyrbrid projects amongst others.

The unveiling of the draft solar-wind hybrid policy by MNRE is a step in the right direction. It puts India at the forefront globally, in adoption of new technology and innovation in the renewable space. It’s success would depend on how it adapts to needs of the industry and market. There are questions that will be answered in time.