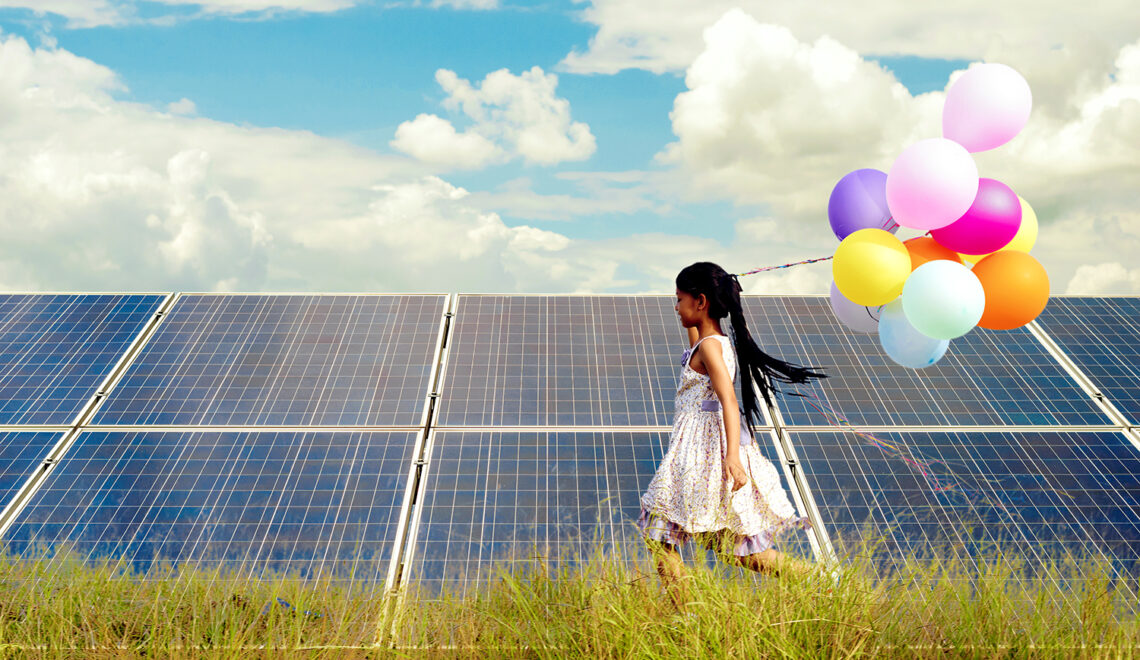 As the world strives to strike the right balance between energy security, economic development and environment sustainability, solar energy has emerged as one of the most viable sources of renewable energy to tackle this problem. What started as an experimental form of energy production by Bell Labs in 1954, solar PV technology today is all set to transform the world’s energy dynamics.

What’s in Store For Solar Energy Trends in India 2020?

The solar energy sector has been a focal point of huge investments in the form of R&D and innovation, not only aimed towards higher power generation and efficiency, but also from the point of view of energy storage, financial models as well as integration of renewable energy resources into the existing grid infrastructure. Several exciting new technologies are either in the pipeline or already in the market, and are set to have a positive impact on the industry going forward.

The growth of India’s solar energy capacity has been truly exponential, from a minuscule 10 MW solar energy generation capacity in 2010 to 30 GW in 2019. This giant stride can be mainly attributed to reduction in costs and increased demand for solar installation, accelerated by favourable government policies along the way. The support for solar industry gained further momentum when Prime Minister Narendra Modi announced an increase in India’s solar energy capacity target to 100 GW by year 2022, and also raised a capital subsidy of INR 150 billion as preliminary support. The solar revolution in India is truly underway, and has provided impetus to several Indian companies to enhance capacities for manufacturing solar modules, solar module mounting structures, solar power packs, solar generators, solar inverters, etc., in addition to providing world-class land based solar EPC and rooftop solar EPC services.

Owing to such a bullish market scenario, the solar sector in India and globally, is expanding at a rapid pace and adoption of solar energy is at an all-time high. To cater to this booming demand, several key initiatives are being undertaken to facilitate this change. These trends can be clubbed into certain key areas like solar technology, financing, sourcing, operations & maintenance (O&M), etc. Let us analyse some of the major technological trends that could drive this industry for the next 3-5 years and beyond:

Though solar PV is one of the fastest-growing and the most reliable renewable energy source in the world, the inherent variability of power generation is one of its major shortcomings. The biggest challenge currently is to integrate the intermittent solar resources into the grid system while maintaining optimum load and grid stability. With rapid increase in distributed solar energy sources, some power utilities have to completely reject off-take of solar power during times of low demand. This is a major problem for the solar developers who are now having to invest in energy storage systems at the point of production to smoothen out power delivery.

Regardless of scale or type of solar installation, be it an industrial rooftop solar plant or a utility scale land-based solar park, energy storage systems will play a pivotal role in driving the integration of intermittent renewable sources into power infrastructure. This will enable an increase in the amount of distributed solar energy that is absorbed into the grid for mass distribution. There are various other advantages of implementing a storage solution as it can help in peak load shaving, improve grid reliability, iron-out load balancing challenges and reduce emissions, among others.

In the case of captive solar plants as well, the introduction of energy storage systems provides for an excellent alternative to traditional power back-up solutions like Diesel Gensets. Though solar power back-up solution is cleaner and more eco-friendly than a regular genset, currently this solution is economically viable only for small power requirements up to about 30 KW/h. For medium to large back-up requirements, the DG set is still the product of choice for most industrial and commercial users.

There has been an increased acceptance of high-efficiency monocrystalline technology in solar projects in India which in turn has spurred the module manufacturers to swiftly scale-up production of mono PERC modules. This shift from polycrystalline modules to mono PERC modules is primarily driven by higher efficiency of using solar energy which helps in reducing land and other balance of system (BoS) costs for developers, resulting in higher returns. Globally, the shift from poly to mono solar panels has already been in place for the last 2 years. Due to its price-sensitive nature, the Indian market has been slow to adopt the technology, with mono PERC modules being 10-15% more expensive. However, with technological improvements and increasing volume of production, the price difference between the two is expected to diminish further. Today, the best solar module companies in India offer mono PERC modules with 400 Wp power output with an efficiency of more than 20%, further fueling the shift to this technology.

Artificial intelligence (AI) and machine learning (ML) have become important technology solutions for the solar industry in its quest to fulfill the rapidly increasing demand for affordable & clean energy. These technologies have the potential to examine big data from the past, optimize the present, and at the same time forecast future trends.

When it comes to mass-distribution of solar power, the existing grid infrastructure faces many challenges because of its inherent variable nature. It is therefore imperative to have smart systems that can efficiently handle this integration and make this clean energy more accessible to the masses. Setting up of smart control centers both at grid level and at the point of production will help in achieving better control over the system while offering the flexibility to regulate the supply with demand automatically in real time. Smart sensors and big data analysis will enable AI to make accurate predictions on weather and load patterns, thereby improving efficiency of micro-grids while enabling improved safety, efficiency, and reliability of the system. Coupled with a robust energy storage system, AI & ML have the potential to take renewable energy distribution to the next level.

In a densely populated country like India, land is a scarce resource. Setting up a utility scale PV project requires large stretches of land, typically about 4.5 to 5 acres for a 1 MW solar project as per current technology standards. Moreover, scaling up these projects require large chunks of contiguous land, which is challenging to acquire in most cases.

Floating solar photovoltaic (FSPVs) plants, as the name suggests, refers to a solar PV installation system which is mounted on a floating structure over a body of water, typically an artificial basin or a lake. Besides advantages of zero land requirement, floating solar PV modules produce about 10% more power compared to land based/ rooftop solar plants due to the cooling effect of water. These plants are also ecologically beneficial for the water body where they are set-up.

Although FSPV technology has been present for quite some time, lately it is gaining a lot of traction in India’s solar power production mix. There is immense potential for FSPV in the country, as highlighted by a study conducted by The Energy and Resources Institute (TERI). The report concluded that India has reservoirs with 18,000 sq. km. in area which has the potential to generate 280 GW of electricity through use of floating solar photovoltaic (FSPVs) plants. Alternatives such as floating solar provide an ideal choice to keep pace with enhancement of India’s solar capacity at a rate that is commensurate with the national targets.

Building-integrated photovoltaics (BIPV) refers to photovoltaic building materials which effortlessly blend into a building architecture in the form of roofs, canopies, atrium, facades, and skylight systems. It provides a sustainable and effective solution for enhancing the solar energy efficiency of the building, thereby providing significant savings in electricity costs, with zero carbon footprint.

Conclusion
The solar industry is constantly evolving, characterized by rapid technological changes, upgrades and innovation. Adoption of these novel technologies will further bring down costs and soon enough, solar power will be the mainstream power source for most of the world’s population. This will, in turn have a positive impact on the environment and climate change as well. The same is true for solar plant components like PV panels, which are steadily moving towards higher-efficiencies, mainly due to improvement in solar cell technology.

The future of solar industry in India and world-over appears to be extremely positive and exciting. While there has been incremental advancements in the existing solar technologies, researchers around the world are working on multiple projects like bio-solar cells, solar paints, wireless solar power transmission, solar energy harvesting trees, etc. Though a few years away, these cutting edge technologies, some of which are being field tested currently, not only have the potential to revolutionize the solar energy industry, but also to change our perspective about harnessing solar energy.