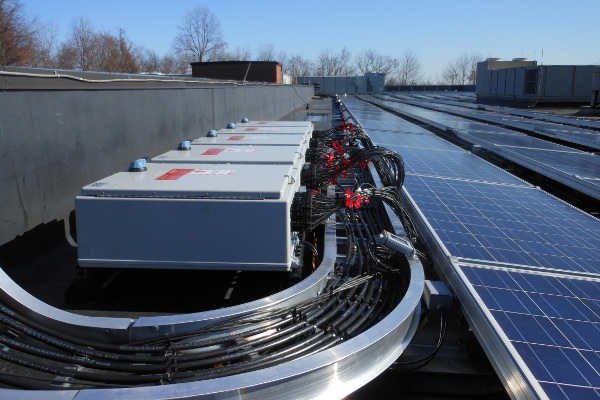 There has been prolific growth in the adoption of solar PV technology worldwide in the last few years and the trend is set to continue in the future. Solar power is increasingly competing with conventional energy sources, with many countries around the world attaining grid parity, which essentially means levelized cost of electricity (LOCE) from solar PV is less than or equal to the price of power from the electricity grid. This growth can be mainly attributed to significant cost reductions in the segment, including a reduction in the cost of solar photovoltaic (PV) modules. With constantly falling price of solar power, developers are exploring means to enhance the efficiency of solar plants in order to maximise their returns.

The conversion of solar radiation to usable electric power is a complex and highly technical process. Though photovoltaic modules are the core of the system, by itself a solar array is incapable of producing a safe, usable and reliable electric output. The energy flow of a solar plant runs through a variety of devices, which are connected by wire network and other electrical hardware. This infrastructure is often referred to as balance of system (BOS).

BOS costs refer to all upfront costs associated with a PV system, with the exception of module costs. They can be further categorized as hard costs and soft costs. Hard costs include the costs of inverters, switches, support racks, wiring and batteries/energy storage systems, and land. Soft costs include costs associated with planning, permissions, customer acquisition, insurance and labour for installation, and interconnection. These costs vary considerably across regions, technologies and market segments, and are significantly affected by local conditions and the regulatory environment. In terms of market segments, residential solar systems have higher BOS costs than large commercial installations. The costs are even higher for complicated arrangements such as canal-top and floating PV systems. Meanwhile, BOS costs for utility-scale systems are much lower due to economies of scale.

According to reports, during 2010-11, 65% of an average project’s total cost was incurred in PV modules, but today the figure has reduced to around 40%. PV module costs between 2010 and 2016 decreased much faster than balance of system costs. In the coming years PV modules will not drive the economics of a solar plant as prices will cease to fall beyond a certain level. Therefore, other components under Balance of System (BOS) such as inverters, cables, design work, installation etc., are increasingly being looked upon for being cost competitive. While declining module costs remain important for the solar projects, reducing the system cost by keeping cost of BOS cheaper will now be the primary push toward more economically competitive solar in several countries.

In order to stay competitive, fierce cost cutting and optimisation are being done across the BOS segment. In addition, there is an increased focus on augmenting the overall generation of a plant through technology advancements and efficiency enhancement across BOS components. For example, inverter technologies have advanced significantly over the years. In addition to converting DC to AC, inverters new age inverters provide several capabilities and services that ensure optimal performance of solar plants.

Mounting structures too have seen a number of developments in recent years. While the initial mounting solutions were focused on developing viable support structures, efforts are now being made to improve and simplify the designs by using better and lighter materials and providing customised solutions. Another noticeable trend has been the increasing adoption of solar tracking technologies. The installation of trackers in a solar PV plant can increase the energy generation. The quantum of energy gain varies based on the location. According to industry experts, while the installation of solar trackers will increase the capital expenditure by 9-12 per cent, it will lead to an additional energy output of 18-25 per cent. With advancements in solar tracker technologies bringing down tracker costs, about 50 per cent of the upcoming solar power capacity will be set up with trackers.

Over the years, while BOS costs have reduced to some extent, the segment is yet to witness a significant cost reduction. The installation process requires a number of different participants, including developers, installers, property owners, governmental entities, financiers, utilities, labour, etc. Hence, reducing costs at various levels, which can be challenging. Another major challenge is the lack of a complete value chain in solar equipment manufacturing. India still depends heavily on imported equipment and raw materials, and does not have an indigenous manufacturing set-up for BOS components. Therefore, economies of scale are difficult to achieve.

The demand prospect for BOS component suppliers is promising, mainly driven by favourable government programmes for deployment of utility scale / distributed solar power to augment conventional energy source. Since about one-third of the cost of a solar project is for BOS, future capacity addition presents a significant opportunity for companies operating in this space. Going forward, BOS components are expected to remain the focus of the cost reduction efforts in the segment. The industry can no longer depend on a single component for reducing costs and thus needs to focus on a combination of components. In addition, improvements in customization, optimization, software, system design and processes are likely to drive PV performance while reducing costs.