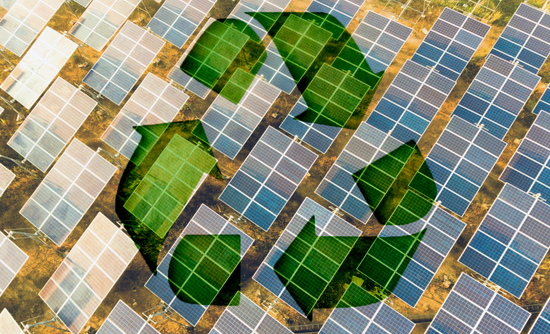 Solar Photovoltaic (PV) technology has emerged as one of the most promising technologies for improving energy security and mitigating climate change. This market is growing rapidly world-over, and further exponential expansion is expected in the coming years. In addition to its positive impacts on energy security and climate change, PV technology is also among the most favoured renewable energy technologies, particularly when evaluated from a life-cycle viewpoint.

In India as well, solar power capacity has grown from a mere 2,300 MW in 2013 to over 27,000 MW in 2018 at a CAGR of 64%, making India one of the top three solar countries in the world. Such high growth rate can be mainly attributed to sustained efforts of the government in line with its global commitments to promote solar energy. Other factors such as high investor interest, healthy market competition and favourable equipment prices have resulted in the phenomenal growth of solar energy in India.

While growth in solar capacity addition is commendable, it also brings along a set of challenges with regards to handling PV waste at the end of its useful life. All components eventually degrade to where they enter their end-of-life stage, eventually requiring replacement and PV modules are no different. With a life span of approximately 30 years we would soon see an exponential increase in the number of PV modules that reach the end of useful life and accumulating proportionately as waste. According to a report published by International Energy Agency Photovoltaic Power Systems Programme (IEA PVPS), projected global PV modules waste will amount to 60 – 78 million tons cumulatively by 2050. PV waste volume in India is estimated to grow to 200,000 tonnes by 2030 and around 1.8 million tonnes by 2050.

Globally, PV waste recycling is still at a nascent stage, both in terms of technical standards and physical infrastructure. The waste is usually sent to laminated glass and metal recyclers that recover 70-80% of the material by weight. Most of the high value materials including silver and solar-grade silicon and environmentally hazardous elements including lead and polymers are not recovered in the conventional recycling process. Use of advanced recycling technologies can potentially push this up to 92%. Currently, most materials other than glass, aluminium and copper are usually not recovered and are incinerated or land-filled.

Solar module recycling is still not commercially attractive and is a net cost for the industry. Cost of recycling is estimated to vary between USD 250-300/ tonne in Europe and the US. Transportation cost can add 60-100% to this cost depending on distance. By comparison, the value of recovered materials is estimated to be only about USD 45-130/ tonne depending on the recycling technology used. However, various technological advancements are underway to enhance recovery of high value solar grade silicon, glass and silver; and to reduce processing cost. With solar module waste quantities reaching a substantial level in 2030, commercial viability of recycling is expected to improve substantially.

There is no specific regulation for solar module waste disposal or recycling in India. As per MNRE’s guidelines for setting up grid-connected solar power plants, the onus of disposal of module waste rest on the developers themselves and are expected to disposed-off the PV modules in accordance with the ‘E-waste Rules’ notified by the central government. However, the E-waste rules make no mention of solar PV waste. A lack of a policy framework is coupled with the fact that even basic recycling facilities for laminated glass and e-waste are unavailable. Due to the use of potentially hazardous material in manufacturing and lack of commercially viable module recycling technologies, a strong regulatory approach is warranted to tackle this problem. The European Union (EU) has taken the lead with a comprehensive plan for allocating liability, setting recovery and recycling targets, treatment requirements, and consumer awareness.

It is of utmost importance that policy makers and well as private stakeholders act proactively for instituting a robust regulatory framework for allocating responsibility and specifying standards for PV waste management. This is crucial for the long-term growth and sustainability of the sector as a whole. Furthermore, formulating appropriate quality standards for use of environmentally sustainable materials in manufacturing of modules will also go a long way in minimising potentially hazardous end-of-life module waste in India.