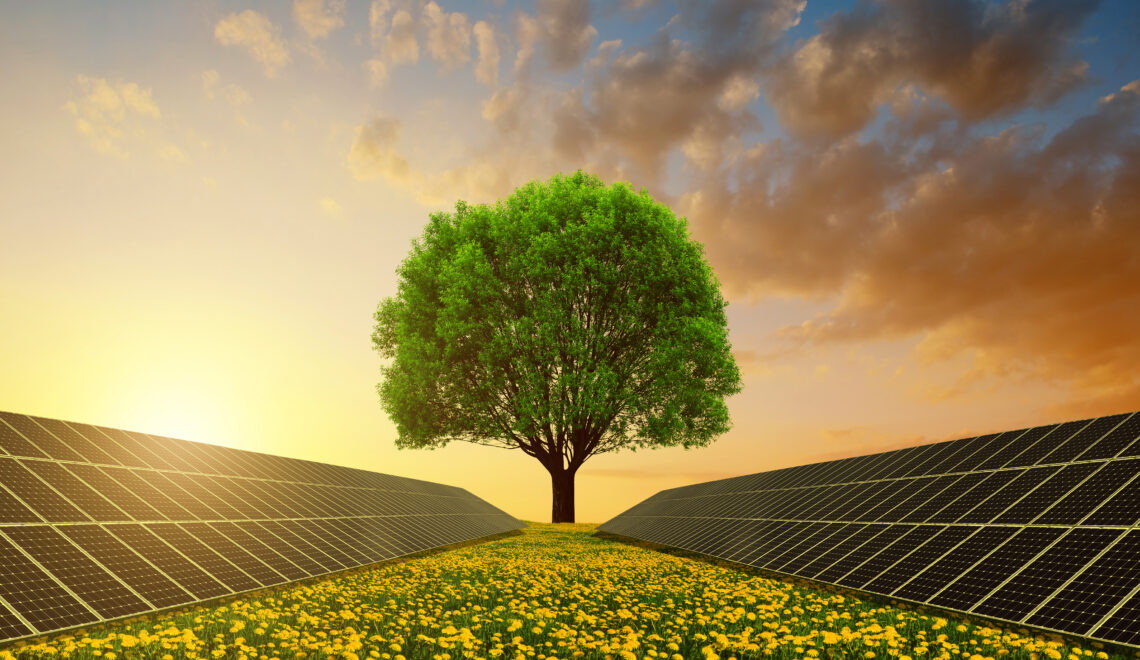 The industry is almost entirely dependent on import of solar components, 80-90% of which come from China. In the process, the nation not just loses billions of dollars in precious foreign exchange but also misses out on creating a manufacturing ecosystem that could potentially generate millions of jobs for India’s youth, directly and indirectly. It could also establish India as a leading manufacturer of solar components in the global supply chain.

The solar industry presents the ideal opportunity for India to showcase its capabilities in achieving an ‘Aatmanirbhar Bharat’ or ‘self-reliant’ India.

Achieving an Aatmanirbhar Solar Industry in India would require significant efforts in creating the right ecosystem not just for solar cell and module manufacturing, but backward integration and rising up the value chain with capacity building for manufacture of silicon, ingots and wafers.

Solar Industry in India – A Snapshot

The strategic importance of adopting solar power in its energy mix to meet future demands was realised early on by policy makers in India. As an energy deficit nation with massive annual fuel import bills, the shift to a renewable energy source was necessary to fulfil the aspirations of a billion plus population in a fast growing economy. As such, the National Solar Mission was announced by the Government of India in 2010 with an aim to set up 20 GW of solar energy generation capacity in the country by the year 2020.

In 2015, the newly elected Government of India revised this target five times upwards to 100 GW by 2022. This revised target made India as one of the flag bearers of solar energy globally with massive deployment of resources to achieve this gargantuan mission.

In the next few years, India successfully added solar energy to its overall energy mix. In a short span of five years – 2,650 MW on May, 2014 to approximately 29 GW as of March 31, 2019 – India’s solar capacity addition has been amongst the fastest in the world. The initial target of National Solar Mission – 20 GW by 2022 – was achieved in 2018, almost four years ahead of schedule.

The solar manufacturing capacity in the country has, however, failed to keep pace with the fast rate of solar power installations, resulting in an increased dependence on imports.

According to a report by the Council on Energy, Environment and Water (CEEW), India has been importing solar cells and modules worth USD 2.5 Billion annually to meet its demand-supply mismatch. It also predicts an annual demand of USD 2 Billion over the next few years in India for the nation to achieve its 100 GW mission.

This presents a ripe opportunity for the country to scale up its domestic solar manufacturing sector that could potentially save upto USD 42 billion in equipment imports and generate almost 50,000 direct and 125,000 indirect jobs in the country.

China has been the undisputed leader in solar manufacturing globally for the past decade. It is also a global leader in other renewable energy sources, not just in manufacturing but also in terms of investments and installed capacity.

China’s ascent to the pinnacle in renewable energy was achieved with massive investments in research & development (R&D), favourable land, law, labour policies and low cost of capital supported by the government. This has helped the Chinese solar industry to manufacture components across the solar manufacturing value chain from silicon to modules, with highest quality standards at the lowest costs globally.

Some of the initiatives that the Government of India could initiate to spur solar manufacturing as a part of Aatmanirbhar Bharat mission could include:

Establishment of Solar Manufacturing Parks – The Government can encourage creation of solar manufacturing parks on similar lines as of solar power parks with land, power and other requisite infrastructure created and providing these parks to investors and private sector enterprises to set up solar manufacturing units. This will help private players commence manufacturing operations faster.

R&D by PSU Organizations – Solar is an evolving technology and needs significant investments in R&D to remain competitive. According to a report by Observer Research Foundation (ORF), China has 39,784 patents in various solar technologies whereas India has just 246. Private sector players do not have the financial heft to invest significantly in R&D. The Government should encourage more investments in R&D by PSU organizations as part of Aatmanirbhar Bharat program and pass on such technologies to the solar industry players in India so that they can become competitive in the global marketplace.

Land & Labour Reforms – Land and labour reforms have been a long policy demand in India, not just for solar but for the growth of overall manufacturing sector in India. As part of the Aatmanirbhar mission, government can provide land at subsidized costs to private solar players to set up solar manufacturing units. Subsidies in stamp duties and other such incentives can also be looked at.

To truly become Aatmanirbhar, India needs a robust solar manufacturing strategy, perhaps like the “Automotive Mission Plan” (2006 – 2016); which is credited with making India one of the largest manufacturers of 2 wheelers, 3 wheelers, 4 wheelers and Lorries in the world today. Strategic planning and timely execution shall be key in the solar energy domain. It is worthwhile to note that in addition to the target of achieving 175 GW (100 GW of which to come from Solar) of Renewable Energy by 2022; the Prime Minister of India has recently announced a target of achieving 450 GW of Renewable by 2030 (of which around 60 – 70% to come from Solar). This largely means that the Indian Solar industry is going to be on a solid growth path over the next 10 years at least and this clean and affordable energy sector is bound to contribute to the mission of a self-reliant India.