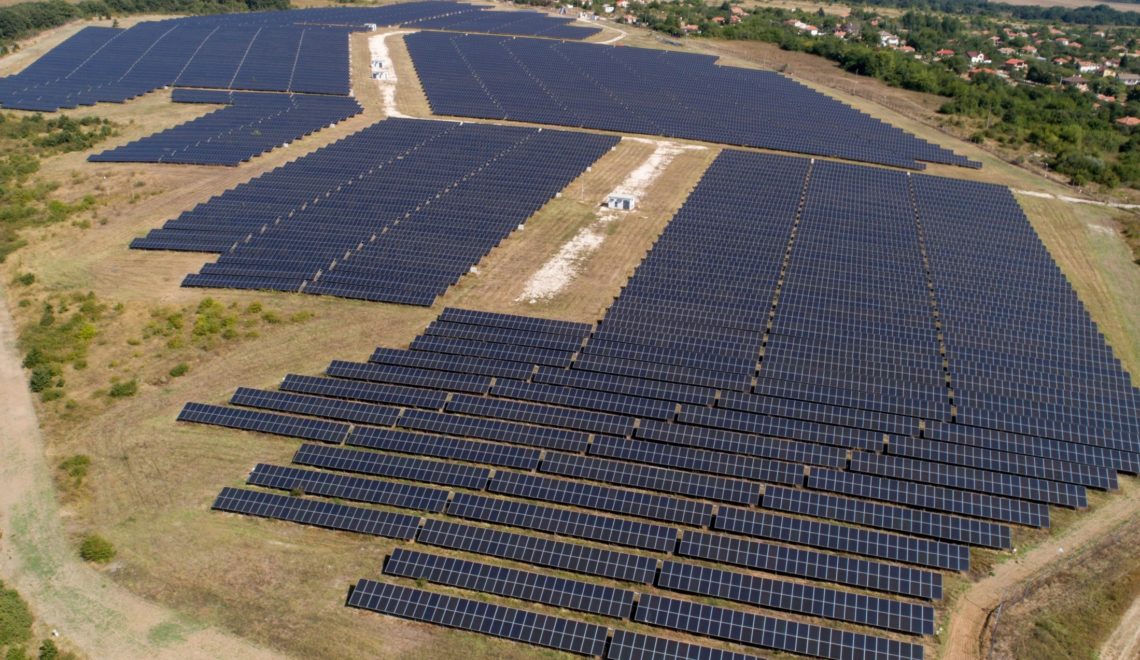 Land is a critical element for infrastructure growth. Be it roads, railways, airports, mining, power, telecom or industrial projects – each require large tracts of land for their establishment and operations. In several developing economies around the world, acquiring this critical component for infrastructure has always been a major challenge. And India, is no different.

This challenge can partly be attributed to the agrarian nature of the Indian economy. Loss of livelihoods, amount of compensation offered during the acquisition process and socio-cultural conventions of land ownership create serious hurdles in land acquisition across India, resulting in slow infrastructure development and economic growth in the country.

In line with its commitment to the international community, India, which ranks amongst one of the world’s leading emitters of greenhouse gases, announced one of the world’s most ambitious renewable energy programs – 175 GW by 2022 of which the contribution of solar has been pegged at 100 GW.

With a favourable geographical position and 300+ days of sunshine in a year across larger part of the country, India is ideally poised to achieve this target. However, the sector faces its own set of challenges – land being one of them.

Installation of solar power plants require large tracks of land – 5 acres for 1 MW – as per current estimates. For 100 GW, that roughly translates into 500000 (5 lakh) acres of land. With just 2.4% of the total geographical area of the world supporting 17% of the global population, land is a scarce resource in India. And, acquiring this scant resource for setting up solar power plants poses one of the biggest challenges in this country.

According to a report by a leading clean energy news and insights organization, land acquisition continues to be a big challenge for solar developers in India. While there have been several proactive steps taken by the central and state governments to make it easy for solar developers to acquire land for their projects, it remains the single biggest road block in implementation of large scale projects resulting in slowdown in the industry.

Land acquisition in India currently faces multiple challenges. We are highlighting some of the key ones below:

Poorly Maintained Land Records – Lack of authenticity and documentation in land revenue records creates major hurdles in identifying the rightful owners of land. This delays the process of identifying the real owners to enter into commercial negotiations.

Purchase vs Lease Model – Taking government land on lease requires multiple approvals from different agencies. Also, the land does not become an asset for the company setting up the power plant and has to be returned after the lifetime of the project. On the other hand, purchase of private land gives the developer the ownership of land which can be used for other use after the lifetime of the project. Developers can also secure loans from financial institutions by mortgaging the land parcels when ownership is clear. As such they prefer outright purchase of land which is difficult in current circumstances

Localized Permissions – In few states, permission of local village elected bodies – Panchayats – is mandatory in addition to approval from multiple other state government agencies. This adds an additional layer of efforts by the developers for securing approvals for setting up their projects leading to delays

Possible Solutions to Address the Challenges

As explained earlier, land acquisition is a complex subject in India. While there exists no single solution to the multiple issues plaguing the process, few recommendations suggested by various industry stake holders are:

Identify High Solar Irradiance Areas – States should identify suitable sites with high solar irradiance for setting up solar parks and make land easily available to solar power developers in such regions. This can help reduce the overall land requirements, as regions with high solar irradiance require lesser panels to be installed. Also, the related infrastructure can be shared and power plants can be commissioned faster.

Develop Large Solar Parks – Government should develop large solar parks in waste lands across the various states in the country and offer these to solar power developers. It is easier for government agencies to acquire lands compared to private developers. Second, concentration of parks in a single location makes it economical for establishment of power evacuation infrastructure.

Develop land use policies for optimal utilization of land – Land being a scarce commodity, its optimal utilization for economic growth of the country should be the primary goal. As such all land utility policies should be developed with the intention of optimal utilization. For example – Waste land can be dedicated for solar power parks, marshy areas closer to shores can be marked for ports amongst others. Also, care should be taken not to utilize fertile farmlands for industrial use as agriculture remains the primary occupation of almost half the nation’s population.

Digital Land Records – Land records across the country should be digitized in a computerized system so that it is easier to identify the rightful owners and developers can enter into negotiations with owners directly. Also, these records should be updated on a real time basis so that litigations related to land sale/purchase can be avoided. It will help speed up land acquisition procedures and make it easier for project developers to execute their projects on time.

Land acquisition is one of the most complex socio-political issue in the country. Unless this issue is addressed urgently by the policy makers, the 100 GW target by 2022 might be difficult to achieve.